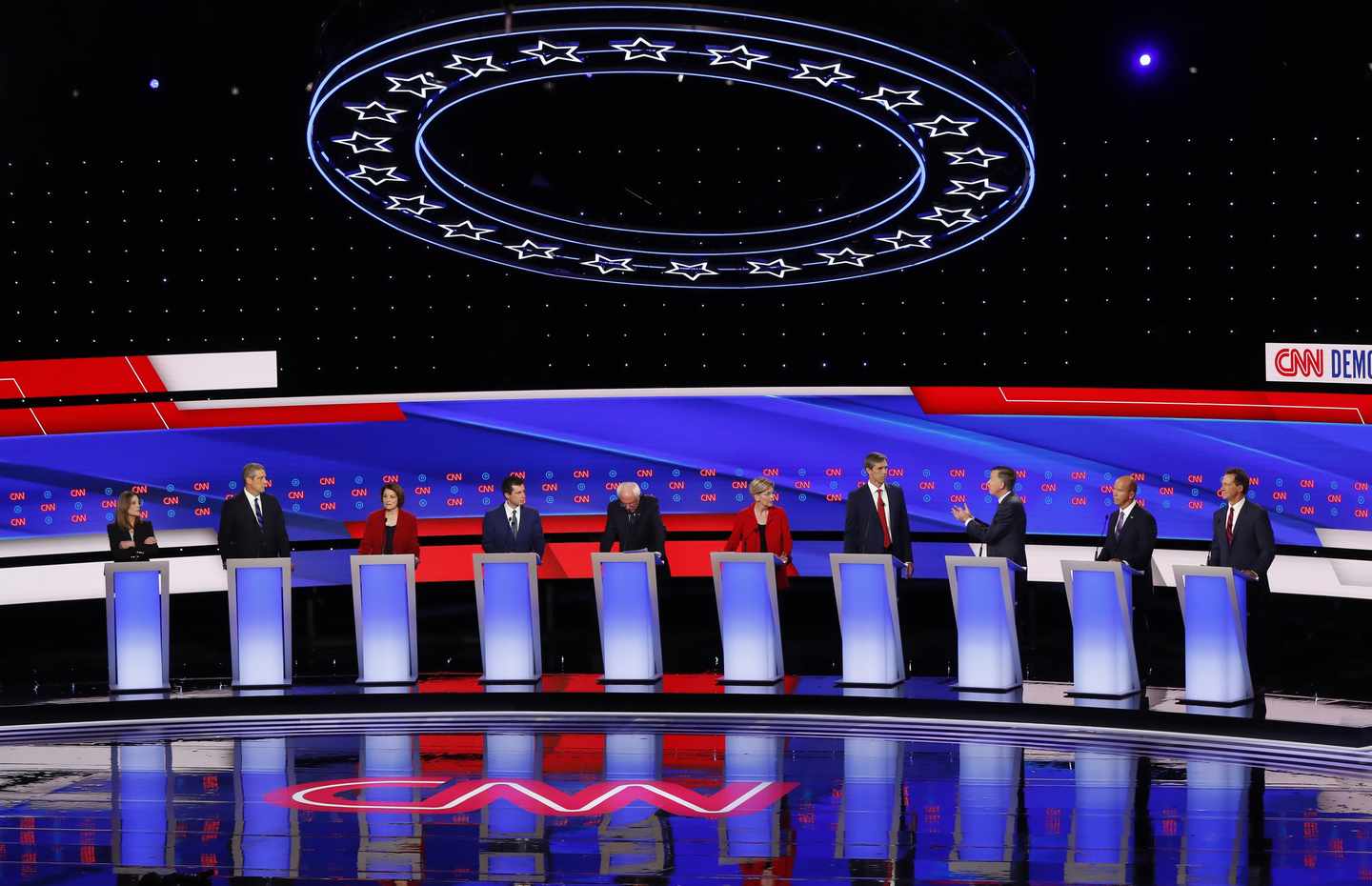 Joe Biden reclaimed his spot two weeks ago as the most-covered 2020 Democratic presidential candidate across both television and online news. He continued that trend this past week, but a closer look at coverage across CNN, MSNBC and Fox News shows some interesting differences in how the three news channels are covering the 2020 field.

The bar chart below shows the number of mentions for each candidate from Sept. 2-7 on CNN, MSNBC and Fox using data from the Internet Archive’s Television News Archive as processed by the GDELT Project. (More detail on the search terms used for each candidate is available here.)

Biden clearly has a commanding lead over his rivals, yet a closer look is instructive. The bar chart below limits the graph above to just candidate mentions on CNN and ranks the candidates according to that metric. Here the ordering at the top is roughly identical, though Elizabeth Warren and Cory Booker received the exact same number of mentions, whereas in the graph above Booker had just half the mentions of Warren.  Biden has 1.77 times as much coverage as Bernie Sanders. Looking at mentions on Fox News, the top three of Biden, Sanders and Warren holds, but Bill de Blasio rockets to fourth position, up from 14th on CNN. On Fox News, Biden received 2.5 times as many mentions as second-place Sanders. Turning to MSNBC, Biden has 2.3 times the mentions of the next candidate, but this time it is Warren in second place, rather than Sanders. As on CNN, Booker moves into fourth place. Perhaps the most interesting graph is the one below, showing the combined number of mentions of the 2020 field across the three channels. It seems Fox News paid the most attention to the race last week, covering the candidates 1.17 times more than MSNBC and 2.36 times more than CNN. The same graph, but showing all mentions of the candidates since Jan. 1, 2019, can be seen below. Here MSNBC is in the lead, but Fox News is second with CNN third. It seems that even when looking across the entire past year, CNN has paid slightly less attention to the 2020 race than its peers. In the end, Biden, Warren and Sanders make up the top three no matter what cable news channel you look at, but MSNBC has slightly favored Warren (behind Biden) in terms of mentions, whereas Sanders takes the number two slot on CNN and Fox News. The rest of the field varies across all three outlets, reminding us that the image we see of the 2020 race depends on where we look.