5th Democratic debate to be held in Georgia on Nov. 20: DNC

The fifth Democratic primary debate will be co-hosted by MSNBC and The Washington Post on Nov. 20 in Georgia, the Democratic National Committee announced on Tuesday.

The exact venue, moderators and format of the debate will be announced at a later date, the DNC said in a press release. The debate will air live on MSNBC. It will also be livestreamed on MSNBC and NBC mobile and digital platforms; on The Washington Post's website and mobile app; and on Urban One's digital platforms.

So far, eight candidates have already qualified for November's debate, based on an ABC News analysis. Those candidates are:

The other 11 candidates have until Nov. 13 at 11:59 p.m. -- one week before the night of the debate -- to meet the qualifying thresholds to secure a spot on stage. 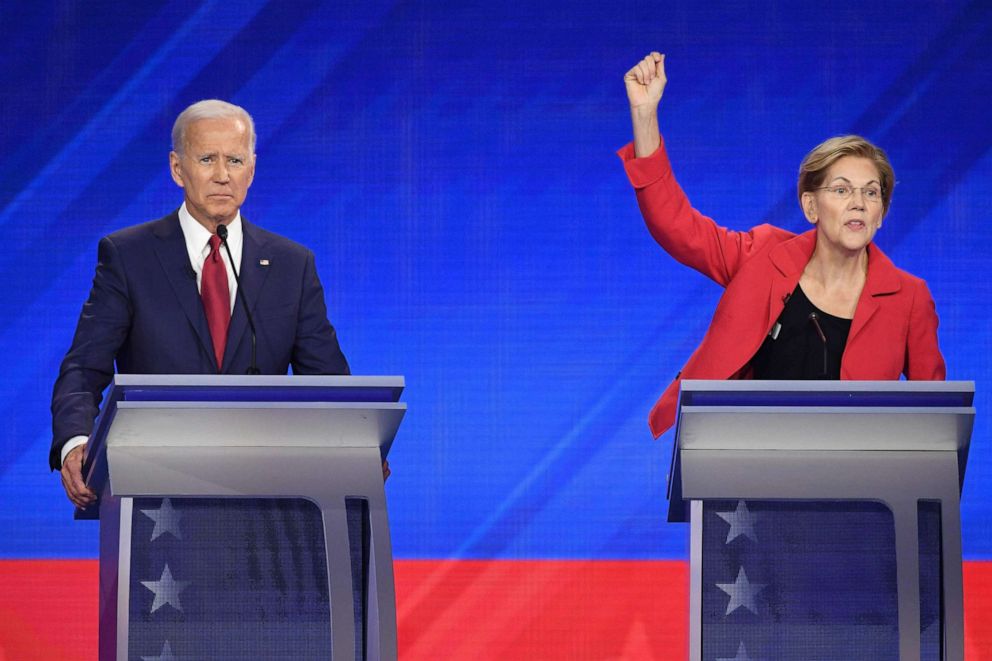 In order to qualify, candidates have to meet two thresholds, which are slightly higher than the thresholds for the September and October debates.

Candidates must cross one of the two polling requirements and receive donations from at least 165,000 individual donors, an increase from 130,000 for the fall debates, in order to qualify.

For the polling requirements, Democratic hopefuls must earn either 3% or more in at least four polls in national or early state polls in Iowa, New Hampshire, South Carolina and/or Nevada -- a modest bump from the last round of debates -- or secure 5% or more support in two early state polls. For the first avenue of the polling threshold, each of the four qualifying polls must be sponsored by different poll sponsor or -- if by the same poll sponsor -- must be in a different geographical area. But with far less polling coming from the early states, the DNC is allowing for the two early state polls to be in the same or different geographical areas and from the same or different sponsors for the second avenue. 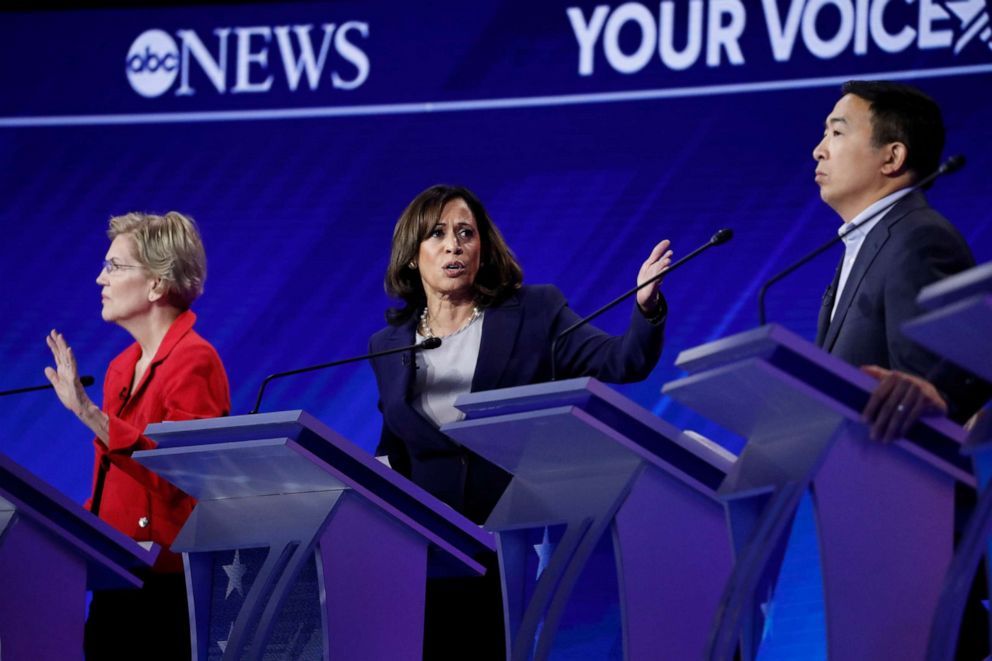 Qualifying polls must be released between Sept. 13 and Nov. 13.

Party officials also upped the grassroots threshold and -- in addition to garnering 165,000 donors -- candidates must also receive a minimum of 600 unique donors per state in at least 20 U.S. states, U.S. territories or the District of Columbia.

However, only Klobuchar and O'Rourke have made progress on the polling requirement for the fifth debate. Each have one qualifying poll, according to an ABC News analysis. 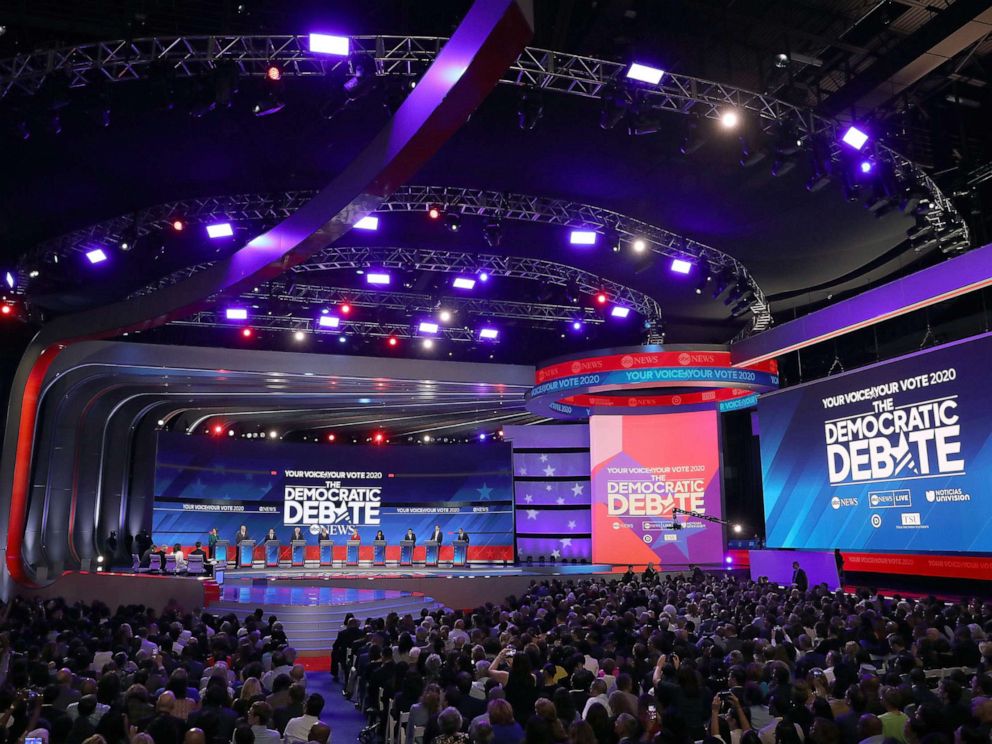 Democratic presidential candidates appear on stage before the start of the Democratic Presidential Debate
at Texas Southern University's Health and PE Center on Sept. 12, 2019 in Houston.

In a fundraising email sent to supporters from O'Rourke's campaign this week, the former congressman's team called out Steyer, who has outspent the other Democratic candidates on advertising by millions.

"Tom Steyer is a billionaire hedge fund manager who already spent a staggering $17.6 million on TV ads trying to qualify for the debates. Now, he's succeeded in buying his way up there," according to the email.

All four candidates who have met the donor threshold will have an opportunity to debate again before the November qualifying deadline, which -- depending on how they perform -- could help them secure additional qualifying polls. They, in addition to the eight candidates who've already qualified for November, will participate in the fourth Democratic primary debate on Otterbein University's campus in Westerville, Ohio, at 8 p.m. on Oct. 15.

The October debate, set to be hosted by CNN and The New York Times, will be moderated by CNN anchors Anderson Cooper and Erin Burnett, and New York Times national editor Marc Lacey. The DNC has still not announced the format of the debate, but it will be the first time 12 candidates are on one stage together.