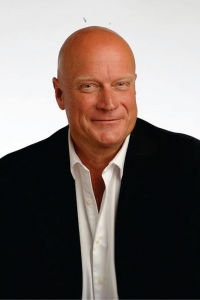 Hank Schroeder (The Other Candidate) is a candidate seeking election to the New Jersey General Assembly to represent District 30. Schroeder is running in the general election on November 5, 2019.

Schroeder was a 2014 independent (Economic Growth) candidate who sought election to the U.S. Senate from New Jersey. He was defeated by incumbent Cory Booker (D) in the general election.

Schroeder was previously an independent candidate who sought election to the office of New Jersey Governor in 2013. Schroder's running-mate for lieutenant governor, with whom he appeared on the general election ballot, was Patricia Moschella.

The following candidates ran in the general election for U.S. Senate New Jersey on November 6, 2018.

Elections for the New Jersey General Assembly took place in 2015. A primary election was held on June 2, 2015. The general election took place on November 3, 2015. The signature filing deadline for candidates wishing to run in this election was March 30, 2015. Since the general assembly uses multi-member districts, the top two candidates from each party in the primaries advanced to the general election. James Keady and Jimmy Esposito were bracketed together and were unopposed in the Democratic primary. Incumbent Sean Kean and incumbent David Rible were bracketed together and were unopposed in the Republican primary. Esposito did not appear on the official candidate list for the general election; he was replaced by Lorna Phillipson. Kean and Rible defeated Keady, Phillipson and Hank Schroeder (Economic Growth) in the general election.

Schroeder ran as an independent candidate for Governor of New Jersey in 2013 alongside running-mate Patricia Moschella. The pair lost in the general election which took place November 5, 2013.

On November 5, 2013, Chris Christie and Kim Guadagno (R) won re-election as Governor and Lieutenant Governor of New Jersey. They defeated the Buono/Silva (D), Kaplan/Bell (L), Welzer/Alessandrini (I), Sare/Todd (I), Araujo/Salamanca (I), Schroeder/Moschella (I) and Boss/Thorne (I) ticket(s) in the general election.

Former Atlantic City Councilman Seth Grossman was the sole Republican to challenge the first-term governor. Grossman's campaign criticized Christie for actions taken during his first term, while Buono's opponent Troy Webster, adviser to the mayor of East Orange, argued that he was uniquely suited to making New Jersey friendlier to "the working poor and middle class families who have been literally 'thrown under the bus.'" Grossman and Webster were endorsed by the weekly publication NJ Today.


In New Jersey, gubernatorial candidates have 30 days to select a lieutenant gubernatorial running mate with whom to share their ticket in the general election. Immediately after launching his re-election campaign, Christie announced that he would once again run alongside Lt. Gov. Kim Guadagno. Buono, meanwhile, waited until July 29 to announce her choice of union leader Milly Silva, the executive vice president of 1199 SEIU United Healthcare Workers East, as her running mate. The ticket went up against incumbent pairing Chris Christie and Kim Guadagno in addition to a number of third-party opponents in the general election contest that took place on November 5, 2013.


Christie was favored to win re-election, with his campaign raising nearly double that of Buono's in the primary and maintaining a double-digit advantage in the polls throughout the election season. In the final week before the general election, Christie boasted a 24.3 percent average polling lead.


Since 1977, New Jersey gubernatorial primary and general election candidates can qualify for a public funding program whereby candidates who raise a minimum amount of money are dispensed tax-generated funds, controlled by the state election law enforcement commission, in direct proportion to campaign donations given from the public. In 2013, the qualifying sum for primary gubernatorial candidates was $380,000. The purpose of the program is to lessen the influence of corporate contributions in elections. On February 2, 2013, then-presumptive Democratic nominee Barbara Buono's campaign reported that it had surpassed the $380,000 mark. By that time, Christie's campaign had raised $2 million. Compared to 2009 when Christie used matching funds in both the primary and general election phases, in 2013 he waited until after the primary to opt into the program. With matching funds, Christie became eligible for an additional $8 million approximately. The qualifying terms also required him to participate in two debates with Buono before the general election.