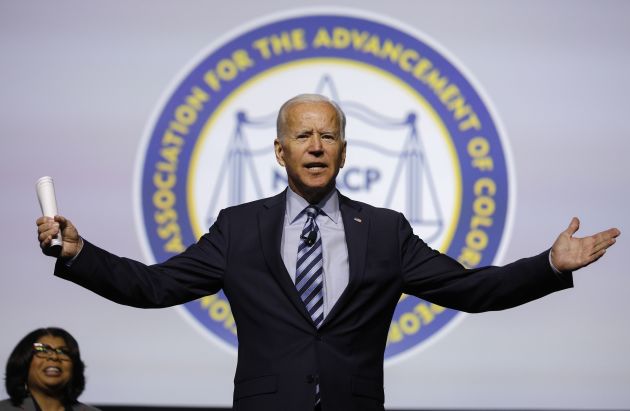 Tom McInerney, a veteran San Francisco-based lawyer, first told CNBC in late June that he had informed the Biden campaign that he could no longer help him raise campaign cash. His decision came after Biden’s comments regarding his past work with segregationists and his flip-flop on repealing the Hyde Amendment.

Now, McInerney says he has thrown his support behind Harris. “I’ll be helping Kamala,” McInerney said in a follow-up interview.

After her debate performance last month, when she took on Biden for his relationship with segregationists, McInerney said that he was impressed by the California lawmaker.

“She’s putting together a strong campaign and has the ability to both excite and unite the Democratic Party,” he added. “I would also have a lot of confidence in her skills on a debate stage with the president.”

He also noted on Friday that he’s been in touch with her campaign about opening his donor network for her. Harris once served as district attorney in San Francisco.

McInerney was a lead bundler for President Barack Obama on the West Coast during his first run for president. He helped Obama’s campaign raise at least $200,000 throughout that cycle, according to the nonpartisan Center for Responsive Politics.

After the first debate, Harris’ top bundlers on Wall Street saw a wave of enthusiasm from potential donors, with many of them requesting personal meetings with her and hoping to get into some upcoming events.

Biden and Harris will square off again Wednesday during the second night of the next Democratic debates.

Representatives for Biden and Harris did not return requests for comment.

Biden has widespread support among black voters in the state, according to a recent Monmouth University poll, which shows he has the backing of 51% of the African-American participants who took part in the survey.

McInerney’s move could be a sign that Obama fundraisers are having second thoughts about backing Biden, even though the former vice president raised $21.5 million in the second quarter. Harris finished the quarter bringing in just over $12 million.

Public relations executive Michael Kempner, who attended a Biden fundraiser last month in New York and has donated to other 2020 Democrats, is hosting a gathering for Harris in August with a plethora of business executives expected to attend.

Harris is also keeping pace with Biden on appealing to executives at the big banks of J.P. Morgan, Goldman Sachs, Citigroup and Bank of America. The two, along with Mayor Pete Buttigieg, saw at least 15 executives from these major financial institutions write checks to their campaigns in the second quarter.