Biden and Warren to take center stage in next Democratic debate

BY MAX GREENWOOD | THE HILL 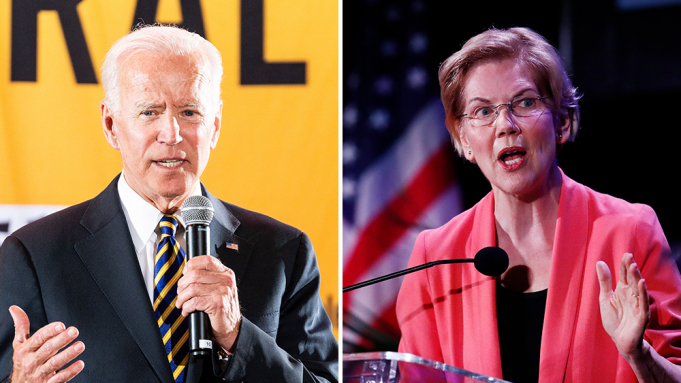 The lineup and podium order of the third Democratic debate are set.

Tune in September 12 for complete live coverage on https://t.co/b4PftwG96n or on your favorite streaming app. https://t.co/f4SqDjZawD pic.twitter.com/kC2dNtdQLo

On Warren and Harris’s side of the stage will also be former tech executive Andrew Yang, former Rep. Beto O’Rourke (D-Texas) and former Housing and Urban Development Secretary Julián Castro.

South Bend, Ind., Mayor Pete Buttigieg, Sen. Cory Booker (D-N.J.) and Sen. Amy Klobuchar (D-Minn.) will stand on Sanders's and Biden’s side of the stage, according to the podium chart.

The podium order was determined using polling averages from the last 10 surveys approved by the Democratic National Committee (DNC). The candidates with the highest averages were placed near the center of the stage.

The debate is slated to take place in Houston on Sept. 12. Unlike the last two Democratic debates, it will be a one-night event and the candidates will be given more time on stage — three hours compared to two hours in each of the first two debates.

Eleven other candidates failed to make the cut for the Houston debate, having fallen short of the more-rigorous qualifying criteria set by the DNC. One of those candidates, Sen. Kirsten Gillibrand (D-N.Y.), exited the presidential race on Wednesday once it became clear that she would not meet the debate requirements.