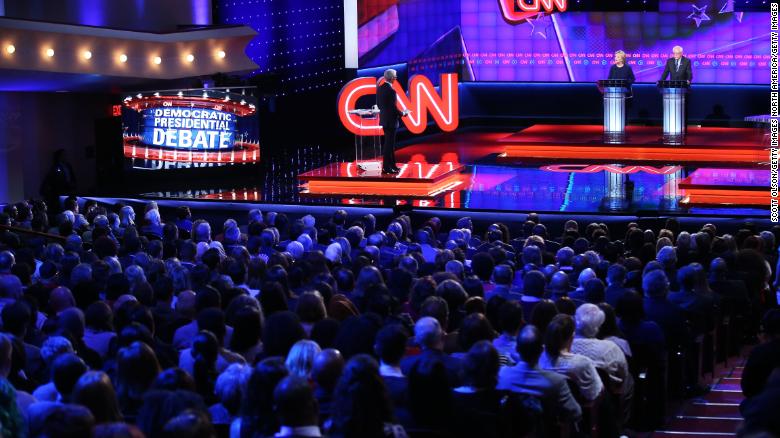 (CNN) — The upcoming Democratic presidential debates will feature opening and closing statements and two hours of debate time each night, representatives for more than 20 candidates competing in the primary were informed Tuesday by CNN.

CNN is airing the much-anticipated Democratic National Committee-sanctioned debates live from Detroit at 8 p.m. ET on July 30 and 31. Dana Bash, Don Lemon and Jake Tapper will serve together as the moderators for both debates.

While candidates will not officially learn if they make the Detroit stage until July 17, Tuesday's call with the 20-plus Democratic campaigns was held to help them prepare for the debate should their respective candidates qualify, a CNN spokesperson said.

The window to determine debate eligibility closes on July 16, and candidates will be informed the next day if they will be invited to participate in Detroit. On July 18, CNN will air a live draw to determine the specific candidate lineups for each debate night.

The campaign representatives also learned on Tuesday that candidates will be given 60 seconds to respond to a moderator-directed question, and 30 seconds for responses and rebuttals.

In addition, the campaign representatives were told:

CNN and the DNC will also be casting wide nets to gauge voters' concerns and interests in the weeks leading up to the debate, the CNN spokesperson said.