SASKATOON -- Nelson said his 15-year-old son was riding his bike through James Mahoney Park Friday afternoon when a man began yelling racist things at him.

CTV has agreed to only use Nelson’s first name for safety reasons.

"My son was just minding his own business and just kept on riding but this person started to swear at him and shout racial slurs," he said.

Nelson said his son then took a picture of the man. That’s when he was allegedly chased and attacked. 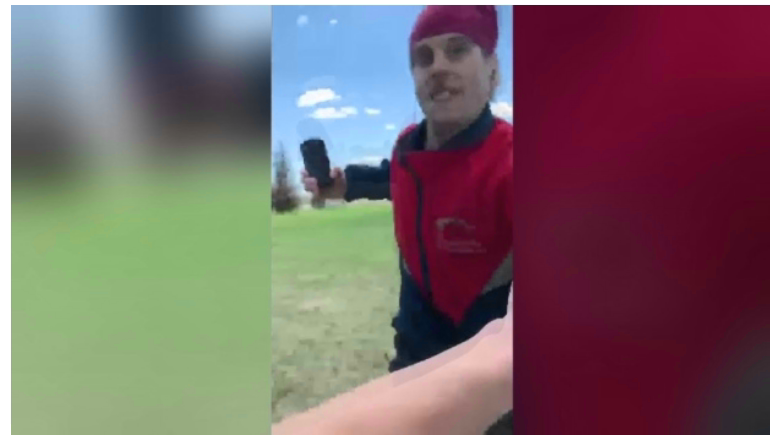 "He pushed him off the bike and pinned him down and punched him in the head," he said.

Nelson said his son was shaken up when he got home, and they immediately contacted police.

Some of the incident was caught on video by Nelson’s son and was later shared to social media where it has since received more than 88,000 views.

Soon after the video was posted, messages of support began flooding in.

"With all the support that were getting from Saskatoon and honestly all over Canada and the states as well, I think we are coping really well," Nelson said.

One person who reached out to the family was David Mah, a former professional MMA fighter who offered to give Nelson’s son free MMA lessons after he saw the video.

"This kind of hits home with me. I’m Asian as well, I’ve kind of experienced some racism like that.”

Nelson said he has been in Canada nearly 30 years and hasn’t experienced any racism like he claims his son went through.

Although he said he was initially very angry and sad, Nelson said he wants to turn this into a positive thing, appreciating all of the love he and his family are receiving while not losing hope in the city or the country.