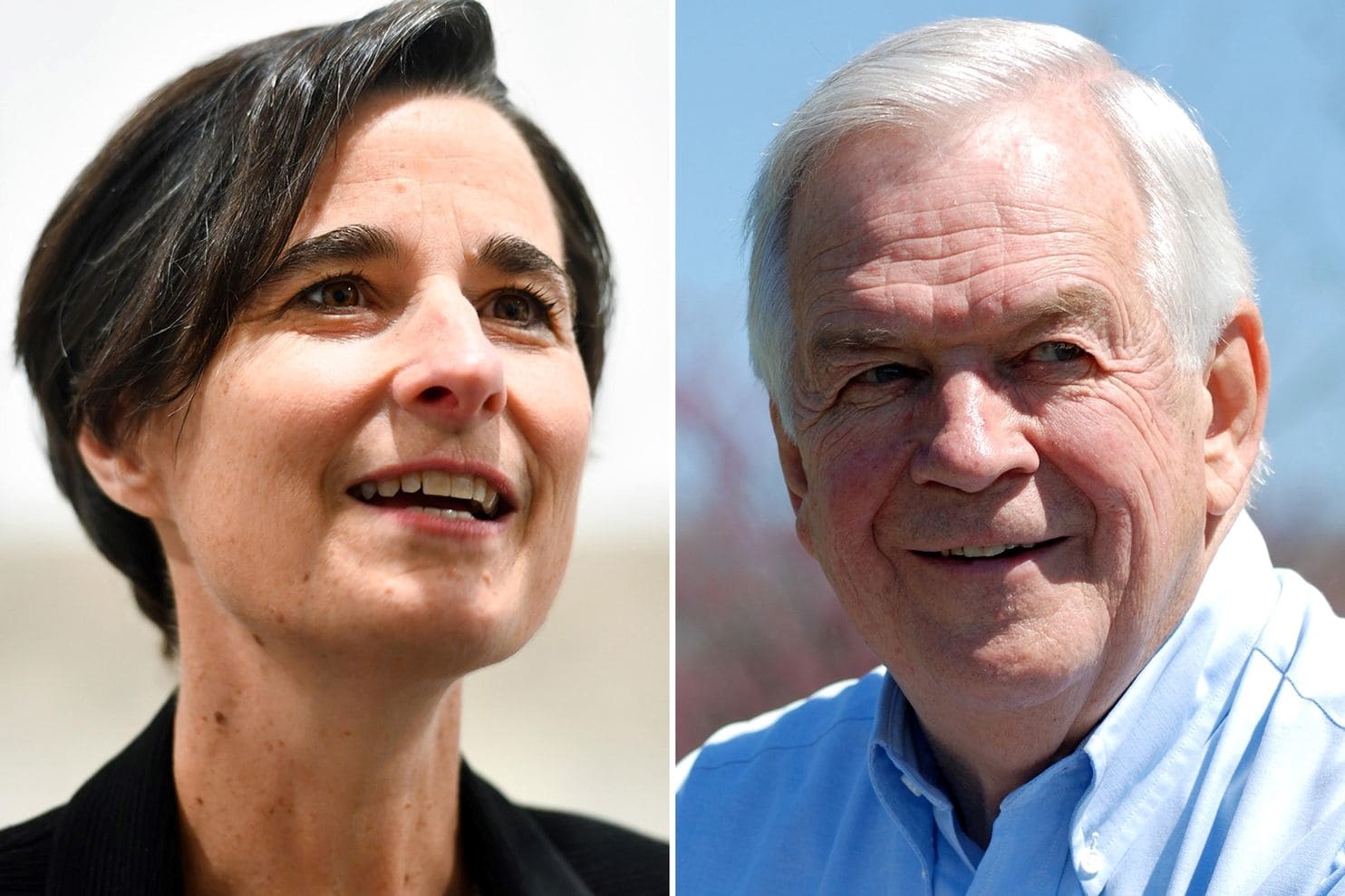 Boysko easily defeated May, 81, a moderate who served 20 years in the House of Delegates but lost his Loudoun County seat in 2013 after conservative Republicans said the $3.5 billion transportation funding law he wrote was out of step with their agenda.

Boysko, 52, declared victory 45 minutes after the polls closed, based on returns in the Loudoun County majority of Senate District 33. She did even better in Fairfax County, ending up with an unofficial margin of about 70 percent to 30 percent.

“Our message resonated — building a strong economy for everyone, addressing gun violence and standing up for education,” Boysko said from her victory party at an Irish pub in Sterling. She vowed to head to Richmond on Tuesday night in time for the opening of the annual General Assembly session Wednesday.

The low-turnout special election — about 16 percent in both Loudoun and Fairfax — included a supportive message from Hillary Clinton on Boysko’s behalf at 10:33 a.m.

“Know someone in Northern Virginia, specifically Fairfax or Loudoun County? They may have the chance to vote for @JenniferBoysko today in Senate District 33’s special election. Spread the word — voting info here: elections.virginia.gov/citizen-portal … #KeepSD33,” the 2016 Democratic presidential nominee tweeted.

The senator-elect will be sworn in after the State Board of Elections certifies the results, probably Friday afternoon, said state Senate Clerk Susan Clarke Schaar. The seat will be on the ballot again in November, when every state lawmaker in Virginia is up for reelection. Democrats are hoping to flip at least two Senate seats and take control of the chamber.

May was considered the best hope for the Republican Party to win a seat in increasingly blue Northern Virginia, after a decade of statewide losses and a 2017 blue wave that nearly wiped out the GOP majority in the legislature.

In a statement after his loss, May said he entered the race hoping “to turn the tide on our highly polarized and divisive political climate . . . I believe seeking unity over strife and putting results before politics are guiding principles that are always worth fighting for — no matter the odds.”

In November, U.S. Senate candidate Corey A. Stewart (R) lost the 33rd Senate district to Sen. Tim Kaine (D) by 41 points. Stewart, who chairs the Prince William Board of County Supervisors, announced Tuesday that he would leave politics at the end of the year, saying his views are not well aligned with voters in the state.

Voters in the district also strongly backed Wexton over Comstock, according to the nonprofit Virginia Public Access Project.

May earlier said his former pariah status among Republicans was proof of his record as an independent-minded legislator. Along with pledges to focus on traffic congestion and find more state funding for STEM education programs, May said he would support Virginia’s ratification of a federal Equal Rights Amendment, lauded the state’s Medicaid expansion law and called for more background checks for gun owners.

Boysko also tilted toward the political center during the campaign, stressing her efforts to deal with transportation problems and limit Interstate 66 tolls during morning and evening rush hours.