During Night 1, many of the candidates' claims held up — with a few notable exceptions. How will this next set of candidates fare? 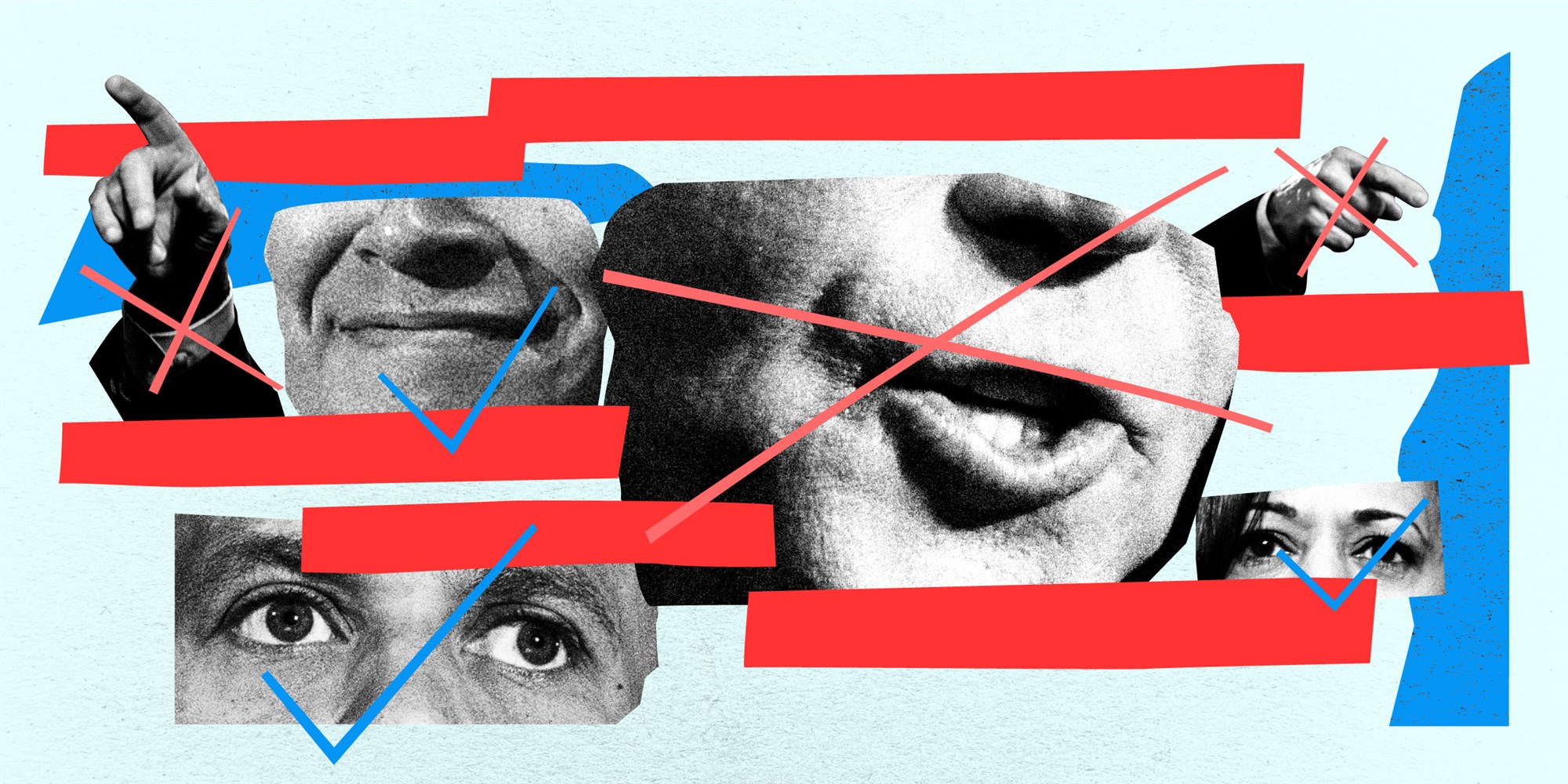 The next set of 10 Democratic presidential candidates hit the stage Wednesday for Night 2 of the second presidential debate.

With former Vice President Joe Biden, the current front-runner in the polls for the 2020 Democratic presidential nomination, and Sen. Kamala Harris of California set for a rematch at Detroit's Fox Theatre, NBC News is fact checking everyone on stage in real time. During Night 1 of the CNN-hosted debate, many of the candidates' claims held up — with a few notable exceptions.

How will tonight's contenders fare? Check back here for which claims are true and false as the debate rolls on.

“I already proposed and passed $750 million for Guatemala, El Salvador and Honduras to be able to change the circumstances of why people fled in the first place," Biden said Wednesday night during the debate.

Biden led the White House effort to send aid directly to the Northern Triangle countries, and a bipartisan Congress approved $750 million in funding. However, the U.S. began diverting that money in 2019.

Is decriminalizing border crossings the only way to stop family separations?

Castro argued this on Wednesday when asked about his immigration plan.

"The only way that we're going to guarantee that we don’t have family separations in this county again is to repeal section 1325 of the immigration nationality act. That is the law that this president, this administration is using to incarcerate migrant parents and then physically separate them from their children," Castro said.

Castro is correct in his description of how the law is being used, but his overall claim isn't historically accurate. The family separation policy was introduced by the Trump administration, but Section 1325 has existed for decades without resulting in the separation of thousands of children from their families.

Is it true that one in four diabetics can't afford their insulin?

During an extended exchange on health care, Harris claimed that one in four Americans who have diabetes can’t afford their insulin.

A study published in the Journal of the American Medical Association in 2018 showed that one in four people with diabetes said they were rationing their insulin because it cost too much to buy the amount they needed.

His claim is half true. While the Biden plan would provide coverage to millions who fell through the cracks in Obamacare, experts tell NBC News there’s still likely to be gaps due to affordability.

Biden’s plan expands coverage by offering new subsidies to both higher income and lower income Americans who are currently ineligible for government aid to purchase insurance. But it’s likely some Americans will still choose to forgo coverage, even with premiums capped at 8.5 percent of their annual income. Additionally, while undocumented immigrants would be allowed to buy insurance for the first time through Biden’s plan, they would not be eligible for subsidies to help pay premiums.

It’s worth noting that “Medicare for All,” Sen. Bernie Sanders’ plan, could also have similar coverage gaps with undocumented immigrants. Sanders says he wants to cover undocumented immigrants, but his bill leaves it to the Health and Human Services Secretary to determine who qualifies for coverage and to create rules preventing foreign nationals from traveling to the U.S. for government-sponsored care.

In his opening statement, Bill de Blasio listed off a handful of accomplishments he says he got done as New York City's mayor.

“We gave pre-K to every child for free. We got rid of stop and frisk and we lowered crime. We raised the minimum wage to $15 an hour," de Blasio said.

This is all true, but some of these key wins were the result of action by Albany, not City Hall. For example, getting a $15 minimum wage in New York City for most businesses — while championed by de Blasio — was a product of a statewide roll-out of increased minimum wages.

In addition, de Blasio’s signature campaign promise back in 2013 was providing universal pre-kindergarten, and funding it with a tax for the city’s super-wealthy. He enacted universal pre-K — and it’s wildly popular — but not with a wealth tax, which Democratic Gov. Andrew Cuomo would not sign off on. Cuomo, however, found other state funds to pay for the program, which has grown to cover three-year-olds in recent years.

When it comes to crime, citywide total crimes that fall into the seven major felony offenses have consistently fallen since 2014, when de Blasio was sworn in. The overall crime rate for the month of March fell in 2019 to its lowest level for any March since 1994, according to statistics kept by the city.