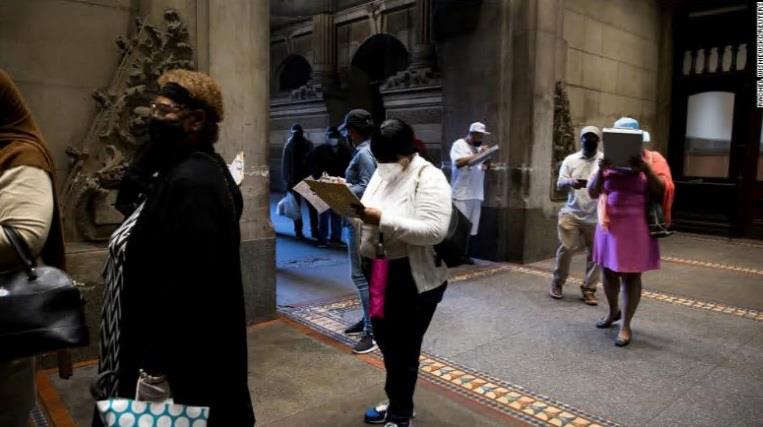 (CNN)Superstars Lady Gaga and John Legend will join Joe Biden and Kamala Harris for their final respective events on the campaign trail on the eve of Election Day, the Biden campaign announced Sunday.

Gaga is scheduled to appear at a drive-in rally with the Democratic nominee and Jill Biden in Pittsburgh and Legend will join Harris and her husband Doug Emhoff in Philadelphia as the Democratic ticket concludes a day barnstorming the Keystone State the day before the election.

No stranger to politics, Lady Gaga has been active on social media encouraging her followers to cast their ballots, and in 2017, she joined Biden on a campaign to raise awareness about sexual assault. Biden, who championed the "It's On Us" campaign in the White House to battle sexual assault introduced Gaga for her performance of the Oscar-nominated song, 'Til it Happens To You' in 2016.

During a "Tonight Show" interview with Jimmy Fallon in April, Biden, who was appearing before Lady Gaga, expressed his admiration for the singer and shared that his favorite song of hers is 'Til it Happens To You.'

"You have a woman coming on, I'm told, that's gonna be on your show. Tell her I love her, because I know she loves me," Biden said. "We're good friends all kidding aside, and my favorite song of hers is "Til It Happens to You. Look at the lives she's changed," he added.

Ahead of Gaga's rally appearance, Trump campaign communications director Tim Murtaugh released a statement Sunday evening casting her as an "anti-fracking activist" whose support for Biden is a "desperate effort to drum up enthusiasm."

The comments earned a quick rebuke from Gaga, who tweeted, "HEY TIM HEY @realDonaldTrump SO HAPPY IM GLAD TO BE LIVING RENT FREE in your HEAD. #BidenHarris." Legend, who voted for and campaigned with Massachusetts Sen. Elizabeth Warren in the primary, has since lent his voice and talents to the Democratic nominee's campaign. Over the summer, he appeared alongside celebrities like Andy Cohen and Barbra Streisand, among others, at a "Celebration for Change" virtual fundraiser hosted by Jay Leno to benefit Biden's campaign.