Chair, Board for the American Red Cross, Louisville

I promised to update and simplify our antiquated tax code so that we can better compete economically with surrounding states. We’ve made excellent progress by lowering our individual and corporate tax rates by 17%.

Here too there is more that we can do, more that we will do in our second term to raise the revenue necessary to run our state government effectively and efficiently while leaving as much of Kentucky’s wealth as possible in the hands of those who produce it.

We promised to fight against the EPA’s war on the energy sector in Kentucky, particularly the relentless attacks on the coal industry. And we’ve presided over a step change in Kentucky’s relationship with EPA. The Trump EPA and Kentucky’s Environment and Energy Cabinet have formed a much better working relationship. Both these organizations recognize the essential value of Kentucky coal as an ongoing part of our energy portfolio while fully appreciating and protecting the magnificent environment of this state.

We will continue to work to ensure that Kentucky coal plays a vital role going into the future,

that an “all of the above” energy strategy includes coal and that our commitment to a clean environment for all Kentuckians never wavers.

Give Kentuckians input in their healthcare decisions and save millions of dollars for Kentucky taxpayers.
As promised, my administration disbanded the enormously expensive Kynect program. We have requested and successfully defended in court a Medicaid 1115 waiver that will be a model for the nation when implemented. This innovative plan will give Kentuckians the input they deserve into their healthcare decisions, provide better health outcomes and result in a healthier Kentucky. Here too, however, our work is not done. We will continue the implementation of this plan in our second term, resulting in millions of dollars of savings for Kentucky taxpayers.

50,000 new Kentucky jobs.
We promised to modernize our labor laws and the fulfillment of that promise is already showing results. By signing laws like Right to Work and Paycheck Protection we helped make Kentucky much more attractive to job creators. The result? Over $18 billion in new investments in our state and 50,000 new jobs created.

One of my first acts as governor was to put a stop to the unethical practice of “sweeping” lottery funds to programs unrelated to education. I ensured that 100% of Lottery funds go toward the education system where it was promised.

Also as promised, I have supported school choice and signed the legislation into law to provide that choice.

I have increased education spending to the highest amount per pupil in the history of our Commonwealth.

During my first campaign, I was the only candidate willing to state clearly and forthrightly in writing my intention to meet Kentucky’s public pension crisis head on. I knew that Kentucky’s unfunded pension liabilities were a threat to public safety, education and other viable government services.

Pensions should be sustainable and dependable for our teachers and other public employees.
That’s why I’ve never wavered from my original promise to give everything I have, including my expertise as a successful businessman in the arena of retirement investments, to fix this problem. It’s why I was willing to take the slings and arrows of those who would kick the can down the road and withstand the political pressure that tried to convince me we couldn’t afford to fully fund our pension system. I did so because it was the right thing to do.

I am the first Governor in Kentucky history to fully fund the Actuarial Required Contribution (ARC).
Now we need to move forward with to complete the fix of this system. I have proven that I am a leader who will not cave to the groundless accusations of those who helped create this crsis. Instead, I won’t rest until the pensions are sustainable and can be counted on by our teachers and other public employees.

SHRINK THE SIZE OF GOVERNMENT

We have cut over 500 burdensome regulations and cut the size of state government by 10%.

In addition, we have cut the size of state government by 10% and made it more efficient and responsive. We have cut hundreds of millions of dollars in wasteful spending.

These efforts have kept my original campaign promise but we are far from finished.

The commonwealth has been named the recipient of a $1.2 million federal grant to establish the Appalachian Opportunity Zone Initiative to identify, develop and market projects in Opportunity Zones across 54 counties within the Appalachian Regional Commission (ARC) region, 37 of which are classified as distressed areas. "The Appalachian Opportunity Zone Initiative offers a pointed strategy to encourage investment in areas of the commonwealth that need it most," Gov. Matt Bevin said. "The region boasts incredible untapped economic opportunities, and we're committed to leveraging every resource to promote those potential projects. This initiative promises to continue our transformative growth in Eastern Kentucky, and we look forward to seeing the exciting results." The grant, issued by ARC and administered by the Kentucky Department for Local Government (DLG), is expected to assist with efforts to attract private capital investment from Opportunity Funds. "Appalachia is America's best kept investment secret and the next great investment opportunity," said DLG Commissioner Sandra Dunahoo. "The Appalachian Opportunity Zone Initiative will give our region a competitive advantage, allowing us to develop the necessary prospectuses to showcase and market our assets to a global economy." The Kentucky Cabinet for Economic Development will develop, implement and oversee the three-year Appalachian Opportunity Zone Initiative, which will focus on individual counties and projects, as well as a regional development and marketing plan. The program aims to bridge the gap for distressed ARC counties that have great potential to develop projects but lack the necessary resources to develop and market projects at a level competitive with other regions. As part of this initiative, the cabinet will utilize contracted consultants assigned to specified targeted ARC counties. Consultants will be selected via a competitive RFP process, and responsibilities include working directly with local community and business leaders to identify, develop and create a marketing plan for viable projects in the area. Consultants also will coordinate efforts with the cabinet's legal, marketing and entrepreneurship staff to ensure all counties have access to the commonwealth's full range of resources. "This project is part of a broader effort to encourage investment in Opportunity Zones across Kentucky," said Jessica Burke, general counsel at the cabinet. "Specifically, this grant will allow us to focus additional efforts on areas most in need of assistance in turning ideas for Opportunity Zone projects into actual investment. The capital needed to make these projects possible is already here in the commonwealth, and the Appalachian Opportunity Zone Initiative could be instrumental in connecting investors with growth opportunities throughout the ARC region." The initiative was announced today during a press conference at the Booneville Entertainment Center in Owsley County. Cabinet and DLG representatives were on hand to explain the new program and highlight a community that has already taken action to capitalize on the benefits of Opportunity Zones and breathe new life into a local venue with rich history. Booneville's Seale Theater, formerly a cornerstone of the community, closed in 1985 and has since dilapidated to the point it is no longer safe for use. The building was purchased by the Owsley County Alliance for Recreation and Entertainment (OCARE) and, by way of the organization's Booneville Theater project, local leaders are attempting to revitalize the once prominent location to once again host a variety of events, including pageants, movie screenings and plays. Once complete, the renovated theater could provide job opportunities and serve as an attraction for residents of surrounding counties. Grant funds also will support production of digital and print materials, including a comprehensive prospectus for each Kentucky county in the ARC region where opportunity zones are located, as well as regional and project-specific materials. Any remaining funds would be used to host investor conferences and other outreach activities throughout the region. The Appalachian Opportunity Zone Initiative will expand the scope of work already being done by the cabinet to promote Opportunity Zones in Kentucky, specifically those within the state's 54 ARC counties. The cabinet holds workshops -- live and webcast -- at various locations throughout the commonwealth to prepare communities to develop, promote and secure investment in eligible projects. For Opportunity Zone information on each Kentucky county, including a listing of available projects and details on how to market and utilize Opportunity Zones and Opportunity Funds, visit www.KYOZ.com. Information on Kentucky's economic development efforts and programs is available at www.ThinkKentucky.com. Fans of the Cabinet for Economic Development can also join the discussion on Facebook, follow on Twitter and watch the Cabinet's "Now You Know" video on YouTube. 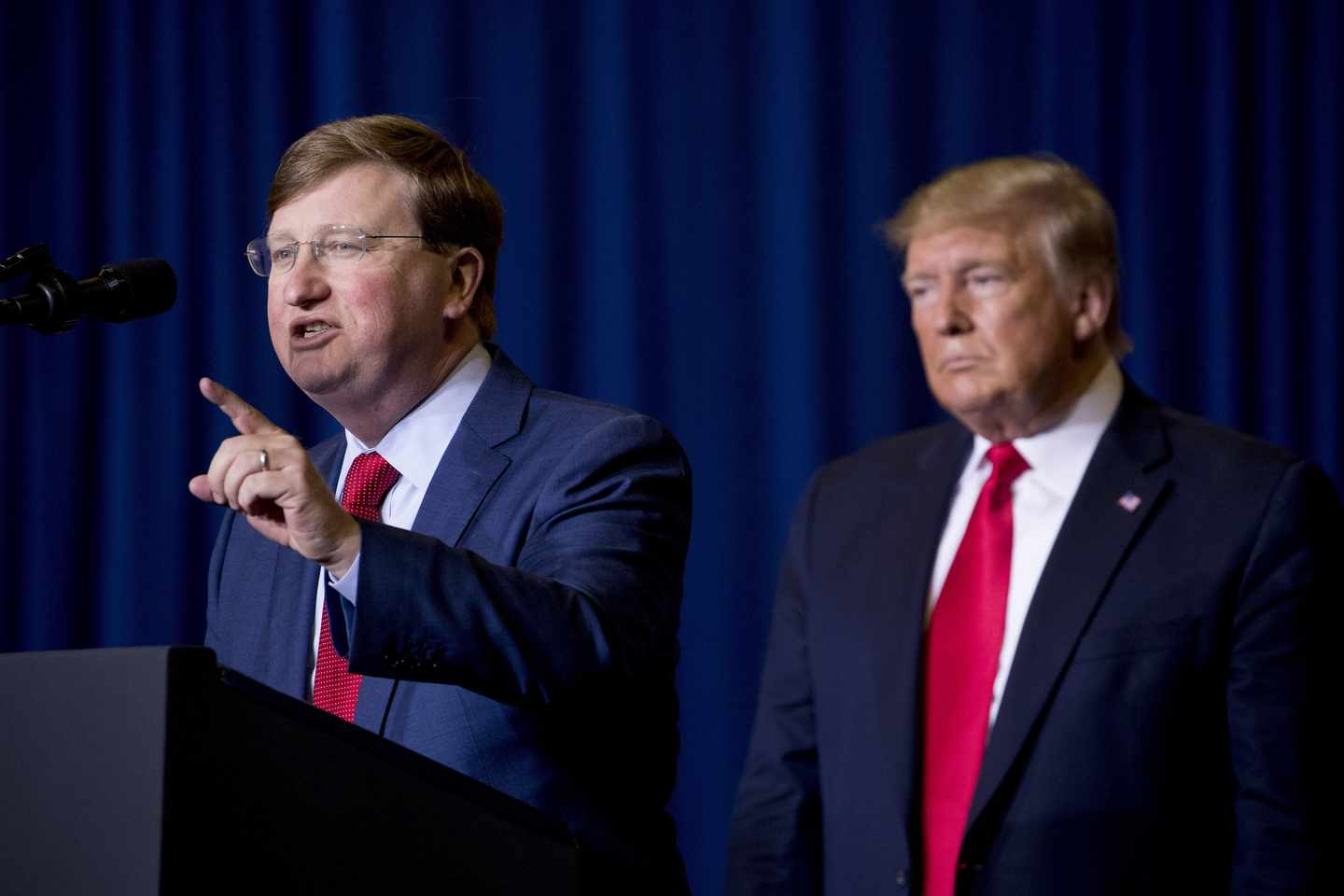