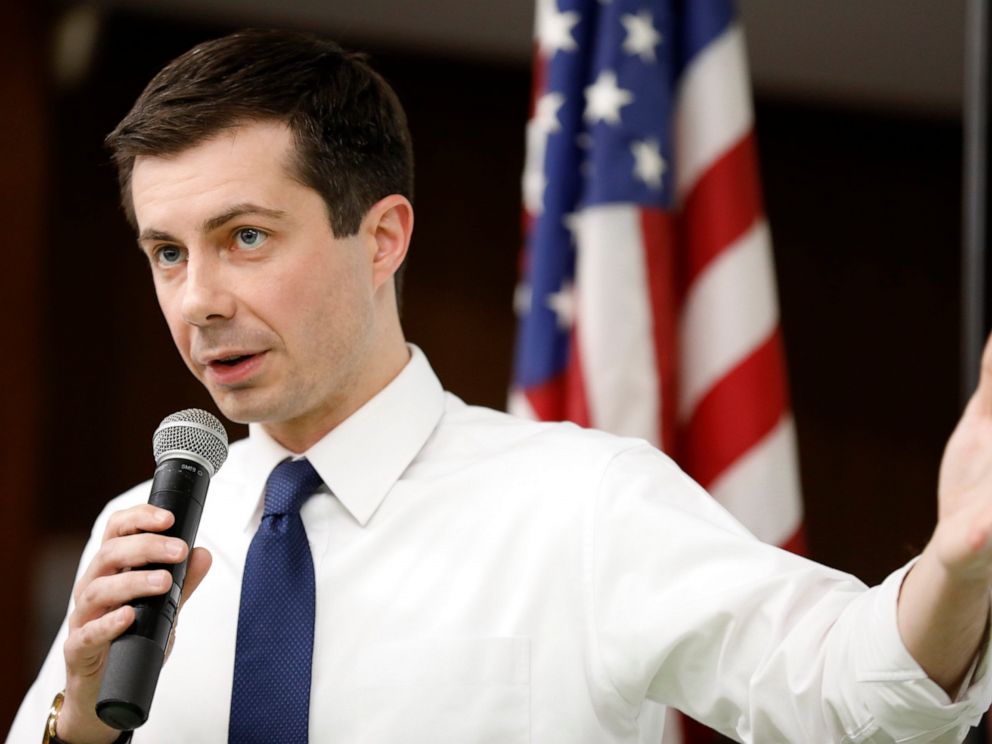 Presidential candidate Pete Buttigieg was heckled by protesters at an event in Texas Friday night, but one of his fellow Democratic challengers was happy to immediately come to his defense.

Buttigieg, the mayor of South Bend, Indiana, was speaking at the Dallas County Democratic Party's Johnson Jordan Dinner Friday when he was interrupted on several occasions by anti-gay remarks.

The protesters yelled, "Marriage is between a man and a woman," and, "Repent," according to CNN reporter DJ Judd, who was in the audience. Judd also filmed footage of a woman being ushered out of the venue for making anti-abortion comments.

Buttigieg came out as gay just four years ago, at 33 years old, in an op-ed for the South Bend Tribune. He married his boyfriend, Chasten, in June 2018.

He is the first gay Democratic presidential candidate in history. Buttigieg has periodically been heckled on the campaign trail, including at an event in Fort Dodge, Iowa, in mid-April.

"Texans don’t stand for this kind of homophobia and hatred," O'Rourke wrote. "Mayor Pete, we are grateful you came to Texas and hope to see you and Chasten back again soon."

O'Rourke was also in Texas on Friday night, speaking at an outdoor event in downtown Fort Worth, just a half hour west of Buttigieg's event in Dallas.

Texas, once regarded as a magnet for conservative candidates, has seen an influx of Democratic presidential contenders stumping in the state. Sen. Bernie Sanders visited Fort Worth last week and former Secretary of Housing and Urban Development Julian Castro will also be in the city this weekend.

The protesters' comments at Buttigieg's event echoed those of Franklin Graham, the son of Billy Graham, an evangelist who was a spiritual adviser to a dozen presidents, both Republican and Democrat. Billy Graham died last year.

Franklin Graham tweeted on April 24, "Mayor Buttigieg says he’s a gay Christian. As a Christian, I believe the Bible which defines homosexuality as a sin, something to be repentant of, not something to be flaunted, praised or politicized. The Bible says marriage is between a man & a woman – not two men, not two women."

The 37-year-old Buttigieg was largely unknown nationally before launching an exploratory committee earlier this year and officially beginning his presidential campaign last month. The candidate has emerged as a serious contender early in the race, though.