"I launched a presidential exploratory committee because it is a season for boldness and it is time to focus on the future. Are you ready to walk away from the politics of the past?"

Pete Buttigieg is the mayor of South Bend, Indiana, winning election in 2011 and 2015. He announced he was running for president of the United States on January 23, 2019.

Buttigieg was also a 2017 candidate for chair of the Democratic National Committee (DNC). He announced his candidacy for DNC chair on January 5, 2017. Buttigieg withdrew his candidacy prior to the first round of voting at the DNC meeting on February 25, 2017.

Buttigieg is the president of the Indiana Urban Mayors Caucus.

Buttigieg was born in South Bend, Indiana, in 1982. He earned a bachelor's degree in history and literature from Harvard University. He also studied philosophy, politics, and economics at Oxford University as a Rhodes scholar.

From 2007 to 2010, Buttigieg worked as a consultant for McKinsey & Company, specializing in economic development, business, logistics, and energy initiatives for government and private sector clients. Before his own bids for public office, Buttigieg worked for the campaigns of presidential candidate John Kerry (2004) as a research director and Indiana gubernatorial candidate Jill Long Thompson (2008) as an advisor. He became a lieutenant in the U.S. Navy Reserve in 2009.

Buttigieg ran for treasurer of Indiana as a Democrat in 2010, losing in the general election to Richard Mourdock (R). The following year, he won the South Bend mayoral election with 74% of the vote. At the age of 29, he was the youngest mayor of a city with more than 100,000 residents. In 2014, he took a leave of absence as mayor and completed a seven-month tour of duty in Afghanistan, earning the Joint Service Commendation Medal for his contributions to counterterrorism. In 2015, during his re-election campaign, Buttigieg came out as gay in a column in a local paper. He was re-elected mayor in 2015 with 80% of the vote.

Buttigieg was a candidate for chair of the Democratic National Committee in 2017 but withdrew his candidacy before a vote was held. He is the president of the Indiana Urban Mayors Caucus. He also serves on the boards of directors of the Indiana Association of Cities and Towns and the Truman National Security Project.

An election for president of the United States will be held on November 3, 2020. Buttigieg announced he was running for president on January 23, 2019.

The more than 400 members of the Democratic National Committee (DNC) selected a new chair to succeed interim Chairwoman Donna Brazile in February 2017. Buttigieg announced his candidacy for the position on January 5, 2017.

"I can’t think of something more meaningful than organizing the opposition in the face of what I think will be a pretty monstrous presidency and challenging time out here in the states,” Buttigieg told The New York Times. "Sitting back and waiting for the map and demographics to save us—that’s not going to be enough.”

Buttigieg withdrew his candidacy prior to the first round of voting at the DNC meeting on February 25, 2017. Former U.S. Secretary of Labor Tom Perez was elected DNC chairman on the second round of voting with 235 votes.

Buttigieg was a Democratic candidate for Indiana treasurer in 2010, but he lost in the general election to former State Treasurer Richard Mourdock (R).

2. Do you support expanding federal funding to support entitlement programs such as Social Security and Medicare?
- Unknown Position

1. Do you support federal spending as a means of promoting economic growth?
- Yes

2. Do you support lowering corporate taxes as a means of promoting economic growth?
- Unknown Position

1. Do you support the construction of a wall along the Mexican border?
- Unknown Position

Can Any of These Candidates Win the Democratic Nomination? 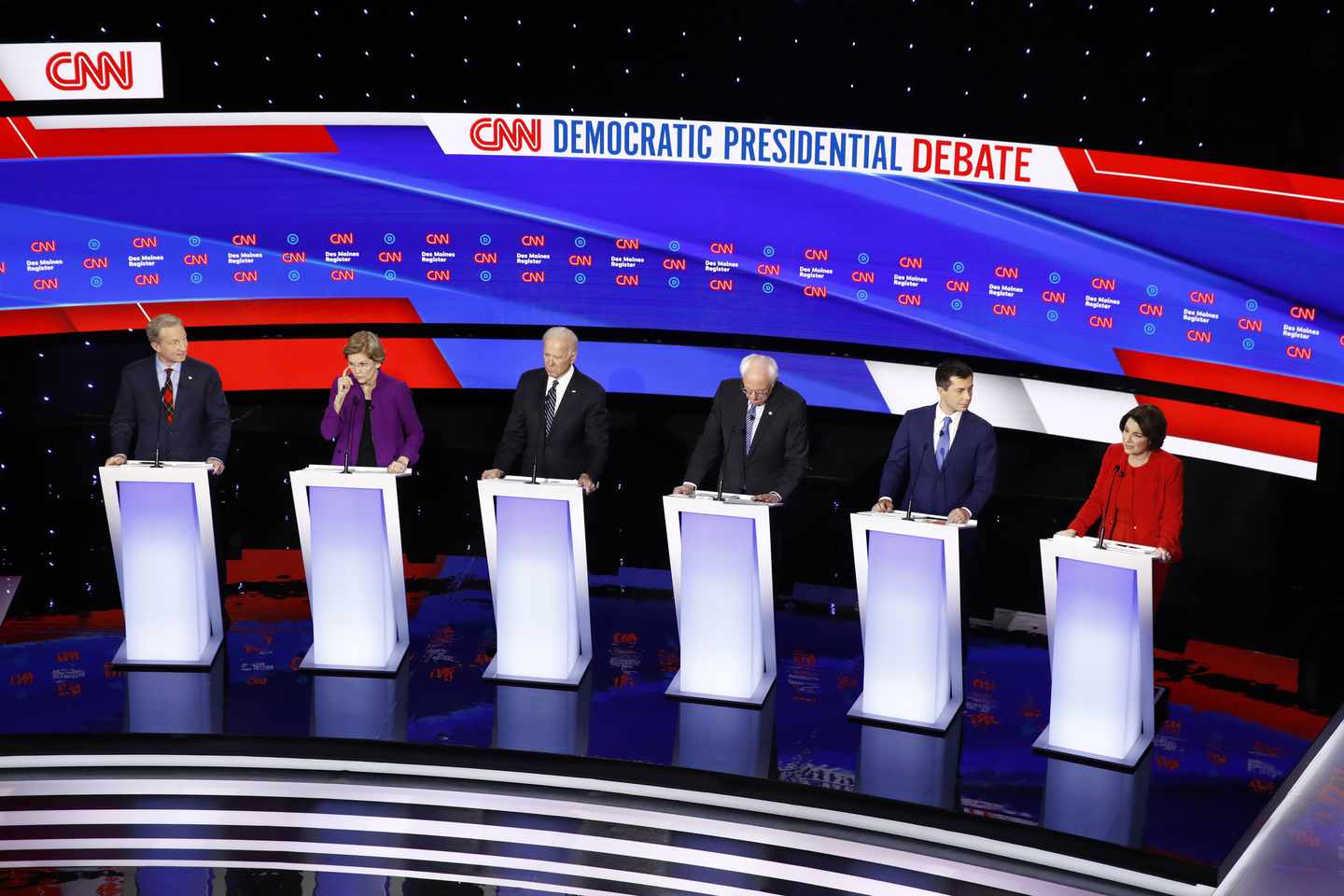 We are fast approaching the stretch run of the Democratic nomination contest, with just over a week to go until Iowans vote. At this point, things can happen quickly, as candidates catch fire or peter out. The difficulty of polling the caucuses compounds this issue, as pollsters try to estimate a relatively select electorate in a state where you can register to vote on Election Day. Looking over the field of (loosely) six viable candidates, it’s a lot easier to make arguments for why each can’t be the nominee than why each can.  Amy Klobuchar: Klobuchar’s best shot at becoming the nominee probably evaporated after the last Democratic debate.  Her storyline was straightforward: She was a moderately liberal female senator from a swing area of the country. In a year where Democratic voters claimed that beating Donald Trump was the most important factor in their voting, she seemed well poised to become the establishment pick, especially if Joe Biden faltered. It hasn’t turned out that way.  Biden has proved remarkably resilient, and while Klobuchar had some credible debate performances as she got more questions on the stage, and her position in the polls has improved, that improvement hasn’t been enough to put her on a trajectory to win Iowa and eventually secure the nomination.  Perhaps she manages to come in third or fourth, and can translate that into a Rubio-2016-win-by-placing-third storyline, but that isn’t what things are looking like right now. Michael Bloomberg: I made the case for Bloomberg previously, and continue to believe that he is running the best campaign that Michael Bloomberg can run.  He’s getting some traction in the national polls, and if Biden stumbles in Iowa and Bernie Sanders looms large, the former New York mayor could quickly become a player. At the same time, things really have to align for him for that to happen.  Sanders probably needs to roll through the early states, and Biden has to limp out of South Carolina badly damaged.  Democrats will also have to decide that they’re fine with a billionaire who was elected as a Republican, who endorsed George W. Bush in 2004, and who oversaw stop-and-frisk.  Needless to say, he doesn’t fit the zeitgeist. Pete Buttigieg: The Butti-bounce seems to be over.  After leading by almost six points in Iowa in early December, Mayor Pete is now in fourth place, with a downward trajectory.  It isn’t inconceivable that he could rally – again, the difference between first and fourth is well within the traditional polling error in Iowa, but it seems unlikely.  Even if he does, he is currently in fifth place in South Carolina, behind Tom Steyer.  His weakness in the South becomes a real liability in a fight against Biden down the stretch. Elizabeth Warren: For a while, Warren looked like she might be on Kamala Harris’ decline to irrelevance, but she actually seems to have stabilized around 15% nationally.  She’s now back in third place in Iowa, and is only four points out of first. She isn’t really out of contention right now. At the same time, her post-Iowa polling is in pretty dire shape: fourth place in New Hampshire, third place in Nevada, and third place in South Carolina.  Of course, Warren would presumably get a bounce if she wins Iowa, but it might not be enough.  Bernie Sanders: Sanders seems to be surging, but the reality check looms: Even if he sweeps the first three states, he is likely to get trounced in South Carolina and will have a difficult time in other Southern states.  He could sweep Super Tuesday in the North and win California, perhaps with an assist from Bloomberg, but still find himself trailing in delegates. More importantly, he is likely to face a full-throated attack from the Democratic establishment and (perhaps more importantly) center-left media outlets if he looks to be on track to become the nominee. He was treated with relative kid gloves by Hillary Clinton in 2016, but if he is a genuine contender, many Democrats will work tirelessly to defeat him, or at least to throw the election to the convention.  This dynamic would have mattered more 20 years ago, when the party and media had stronger gatekeeping functions, but it will still matter. Joe Biden: I had assumed that Biden would play the role of Jeb Bush in the 2016 Republican Party: The establishment candidate no one really wanted. He has held up surprisingly well, and the better argument now is probably that he is Mitt Romney in 2012: The stable candidate who wins after the party “tries out” a bunch of alternatives that can’t work. We should remember, though, that Romney’s opponents – Herman Cain, Rick Santorum, and Newt Gingrich – weren’t as strong as Elizabeth Warren or Bernie Sanders.  They began as relative unknowns, unlike the current crop of Democrats, who all have genuine bases of support within the party.  Can a Democrat whom everyone seems lukewarm about really knock out all of these other candidates?  Perhaps.  But this also seems like a recipe for underperforming polls in the caucus states, Biden losing the first three contests and limping out of South Carolina with a fresh Bloomberg awaiting. So who will win?  It really is anyone’s ballgame at this point. Maybe Biden is the strongest bet right now.  But since all of the candidates’ paths to victory are fairly tenuous, no one should be anywhere near 50%, much less above it.Source: https://www.realclearpolitics.com/ 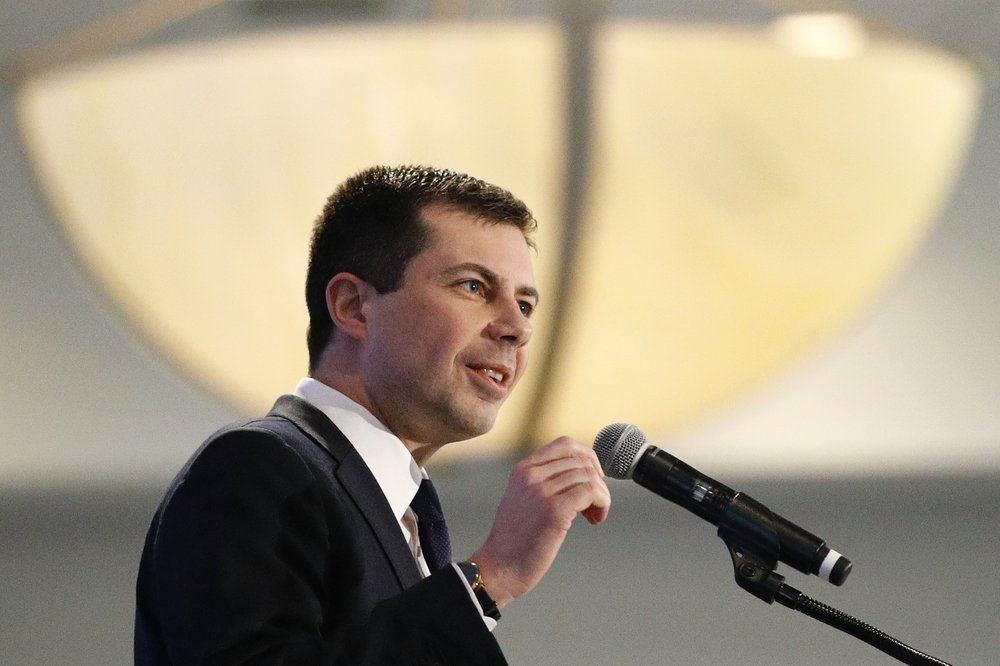 ANKENY, Iowa (AP) — Democratic presidential candidate Pete Buttigieg said Saturday the Oval Office benefits from the perspective of a wartime veteran, a niche he occupies exclusively among top-tier candidates in his party’s race for the 2020 nomination. During an interview on Iowa PBS in suburban Des Moines, Buttigieg was asked if there’s value in a president who had faced hostile fire. Buttigieg, a Naval intelligence officer in Afghanistan in 2014, noted he had been present for rocket attacks while stationed at Bagram Airfield, and later faced potential danger as an armed driver in Kabul. Another presidential candidate, Rep. Tulsi Gabbard of Hawaii, served in Iraq, but is running far behind the front-running candidates. “This is very real for me,” Buttigieg told interviewer David Yepsen. “And I do believe there is value in someone in the Oval Office understanding what’s at stake, understanding at a personal level what’s at stake, when decisions are made that could send people into a conflict.” Buttigieg often cites his seven months deployed to Afghanistan, though has seldom said as directly the next president should be a wartime veteran. The 37-year-old former mayor of South Bend, Indiana, is the only military veteran in the top tier of the field of Democrats running for president. He would be the only president to have served in the military since George W. Bush. “That perspective is needed especially when we’ve got a president who thinks that strength is the same as the chest-thumping of the loudmouth guy at the end of the bar,” Buttigieg said. Buttigieg, who was tasked with reading and interpreting intelligence on the flow of money to terrorist cells, said he doubted President Donald Trump thoroughly consulted intelligence, members of Congress or U.S. allies before ordering the strike this month that killed Iranian Gen. Qassem Soleimani in Iraq.Source: https://www.realclearpolitics.com/

In Iowa Debate, Mild Feuding and No Fireworks 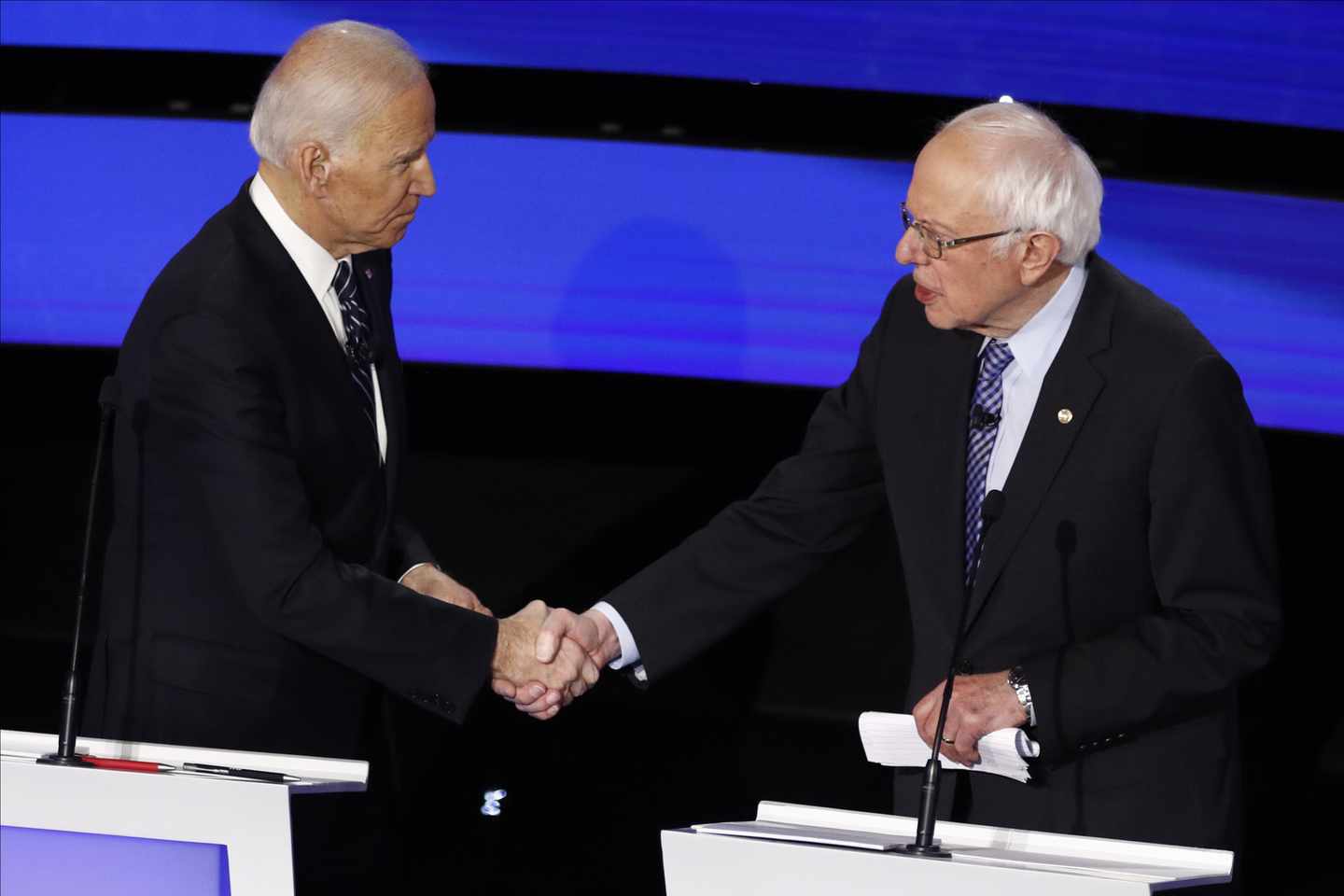