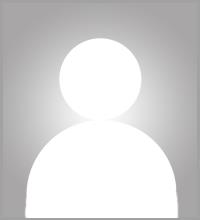 Robin Ficker (b. 1943) was a 2016 Republican candidate who sought election to the U.S. House to represent the 6th Congressional District of Maryland. Ficker was defeated by Amie Hoeber in the primary.

Ficker was a 2014 Republican candidate for District 15 of the Maryland State Senate. He ran unsuccessfully for the U.S. House to represent the 6th Congressional District of Maryland in 2012.

Ficker earned his B.S. from the United States Military Academy, his M.A. in administration from American University and his J.D. from the University of Baltimore. His professional experience includes working as a real estate broker, political activist and lawyer.

On December 8, 2008, the Maryland Court of Appeals reinstated Ficker to the practice of law after temporarily suspending his law license on June 7, 2007. In 1997, in the United States Court of Appeals for the 4th Circuit, Ficker successfully challenged the constitutionality of a Maryland law forbidding lawyers from targeted direct-mail solicitation of criminal and traffic defendants within thirty days of arrest.

Elections for the Maryland State Senate took place in 2014. A primary election took place on June 24, 2014. The general election was held on November 4, 2014. The filing deadline for candidates wishing to run in this election was February 25, 2014. Incumbent Brian Feldman was unopposed in the Democratic primary, while Robin Ficker was unopposed in the Republican primary. Feldman defeated Ficker in the general election.

Ficker ran in the 2012 election for the U.S. House to represent Maryland's 6th District. Ficker sought the nomination on the Republican ticket, but he was defeated by Roscoe Bartlett in the April 3, 2012, primary.

The signature filing deadline for candidates wishing to run was January 11, 2012.

He was a Republican candidate in the 2009 Montgomery County Council special election.