Rocky Adkins is a Democratic member of the Kentucky House of Representatives, representing District 99. Adkins is running for re-election in the primary on May 22, 2018. The general election will take place on November 6, 2018. He was first elected to the chamber in 1986. Adkins currently serves as House minority leader. He served as majority leader from 2005 to 2017.

Rocky will strengthen Kentucky's economic future by establishing free community college and job training opportunities for the people of Kentucky. Adkins supports two years of tuition-free community college or technical school for all high school graduates and adults who don’t already have a credential, regardless of income. Currently, Tennessee, West Virginia and 15 other states offer a similar program, providing “last dollar in” coverage, meaning the state pays only what isn’t covered by scholarships and federal grants. Learn More

Rocky and Stephanie will fight to make sure that all Kentuckians have access to quality, affordable health care coverage. They are both cancer survivors and know the pain and cost of unexpected illness, and that's why they want to make sure every Kentuckian has access to health care. Kentucky families can count on an Adkins-Horne administration to protect people with pre-existing conditions. Rocky believes that no Kentuckian should ever have to delay care, or make the tough decision between purchasing prescription medication or paying their electric bill. As governor, Rocky will reverse Matt Bevin’s reckless policies that took away health care from 100,000 people.

What happened to educators and public employees during Matt Bevin’s Administration is inexcusable. No educator, school bus driver, fire fighter, police officer or other public employee should have to beg for the dignity of the pension they were promised. As governor, Rocky is committed to protecting the promises made to public employees and educators, now and in the future.

Rocky is the son of a teacher and a former teacher himself. He understands the value of a strong public education system. And as a former school board member, Stephanie Horne is also a longtime advocate for families and teachers. Together they will continue standing with educators and fight to fully fund the state's under-funded education system.

Rocky Adkins will put a stop to Matt Bevin’s attacks on working families. Rocky has stood strong for Kentucky’s working families his entire career. He understands the importance of a strong middle class. As governor, he will give working people a seat at the table and make it a priority to bring quality jobs to all regions of Kentucky. Being raised in a blue-collar, middle class home, he gets that the economy must grow from the bottom up and middle out.

Rocky Adkins and Stephanie Horne are both cancer survivors, and support legalizing medical marijuana. Rocky knows what it’s like to go through surgery, chemo and radiation treatments. He wants to help thousands of Kentuckians battling with serious illnesses and chronic pain by making medical marijuana legal. He supports strong safety standards to bring relief to patients across the state.

Rocky grew up on a farm in Eastern Kentucky and he understands agriculture. He co-authored and successfully passed legislation that allowed farmers across Kentucky to grow hemp as part of a pilot project. As governor, he'll keep working to bring industrial hemp manufacturers to the state, which will create jobs and help establish a new cash crop for the agriculture community.

Rocky will make Kentucky a more attractive place for businesses. That starts with strengthening the state's infrastructure. We must work to improve our roads and bridges, invest in our water systems, and ensure everyone has access to high-speed internet. No Kentuckian should have to go without clean water because of a failure to maintain our water system. No student should fall behind in their school work because they lack fast and reliable internet service. And all communities, rural and urban alike, should have safe and accessible roads to drive on. Rocky and Steph understand the need for every Kentuckian to have access to these basic services. Investing in our infrastructure not only serves our citizens; it also is the first step in attracting new businesses and industries that will grow our economy with the jobs of today and future generations.

In the legislature, Rocky Adkins has led the charge in combating the opioid epidemic. He sponsored legislation that regulated pain clinics and established standards for dispensing and prescribing opioids. He also wants to establish medical marijuana to create safer alternatives for people facing chronic pain. He will fight to keep our neighborhoods safe and increase access to treatment programs for those struggling with addiction.

Rocky is committed to bringing 21st century jobs in industries like aerospace to Kentucky, and he has a record to back it up. As a leader in the legislature, he secured funding to build the Space Science Center at Morehead State University, a hugely successful aerospace program developing cutting-edge technology responsible for putting five satellites in orbit. Rocky doesn’t just talk about big ideas, he makes them happen.

Stephanie’s husband is a U.S. Marine veteran who served two tours in the Middle East. Both Stephanie and Rocky are dedicated to assisting veterans when they return home from serving their county. They will ensure veterans have access to health care, affordable housing, and education and training opportunities. We need to make Kentucky a welcoming place for veterans to live and work.

Rocky sees enormous growth potential in Kentucky tourism. He passed legislation that created an incentive program that has helped attract more than $2.5 billion in private tourism investments in Kentucky since 1996. It led to projects like Newport on the Levee, the Newport Aquarium, the Kentucky Speedway, 4th Street Live and the Kentucky Bourbon Trail. As Governor he will continue to improve our growing tourism industry.

Rocky believes that our commonwealth is stronger when more people vote and make their voices heard at the polls. As governor, he will remove unnecessary roadblocks for Kentuckians trying to cast a ballot. Rocky will restore voting rights to non-violent felons after they have served their time. He will expand polling place hours to accommodate working families, increase early voting options, and implement automatic registration. Learn More 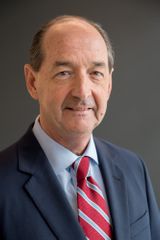 Louisville Courier Journal | May 13, 2019 Rocky Adkins, a 59-year-old state legislator — who first took office 1987 — from Sandy Hook, is a cancer survivor and former Morehead State University basketball player who now serves as House minority leader for the 39-member Democratic caucus. He is married to Leah, and they have three children: Kristen, Brandon and Victoria. Why are you running? "I am running for governor to return dignity and respect back to the governor’s office. I disagree with Matt Bevin’s agenda; he has insulted and belittled Kentuckians, and his policies have hurt working families. I am the only candidate who has the proven leadership and experience to work across the party aisle and get things done for Kentucky. I will work to ensure that every student receives a high-quality education. I will invest in infrastructure to create new opportunities, whether it’s improving our roads and bridges or building the high-speed internet network of the future. I will work to create jobs that provide a fair wage and spur sustainable economic growth in all regions of the commonwealth. I believe that everyone should have access to health care. I am a cancer survivor, and I know firsthand the importance of affordable health care. I will jump-start our workforce and create new career paths for Kentuckians with tuition-free community college and job training. As governor, I will bring common sense back to the commonwealth." Rocky Adkins is the state House minority leader and a Democratic candidate for Kentucky governor. (Photo: Dennis Hearne) Who is his running mate? Steph Horne, former JCPS board member How much money has he raised?  Adkins, who entered the race in November, raked in $885,400 since the beginning of this year. He has amassed about $1.5 million overall and has a healthy $819,412 remaining. The big picture Adkins is focusing his efforts on kitchen-table issues. He spends much of his time trying to pick up Democratic votes in Kentucky's rural communities, which he says have been forgotten by state government and pummeled by larger economic forces. The longtime lawmaker's first TV advertisement featured Adkins sitting on a porch with a band playing a bluegrass tune. He asks voters, "do you know me?" Adkins is hoping to appeal to voters as the nice-guy candidate, while Andy Beshear and Adam Edelen, who hail from Kentucky's two largest cities, take jabs at each other during debates and appear ready to launch a negative attack ad war. In the 1987 Democratic primary, Wallace Wilkinson used that strategy to defeat rivals Steve Beshear — Andy's dad, who later become governor in 2007 — and Gov. John Y. Brown, who were engaged in a nasty food fight. But those involved with that race 30 years ago said Adkins must do more than wage a charm offensive. "You can't start a fire without a spark, and Wilkinson had the lottery," said Danny Briscoe, who ran Wilkinson's 1987 campaign with famed Democratic consultant James Carville. Adkins's boldest proposal is supporting a no-tuition push for two-year community colleges or technical schools for all high-school graduates who don’t already have a credential.   Source: https://www.courier-journal.com/story/news/politics/elections/kentucky/2019/05/13/rocky-adkins-bio-kentucky-governor-races-2019-election/1189259001/

Rocky Adkins will put a stop to Matt Bevin's attacks on working families. Rocky has stood strong for Kentucky's working families his entire career. He understands the importance of a strong middle class. As governor, he will give working people a seat at the table and make it a priority to bring quality jobs to all regions of Kentucky. Being raised in a blue-collar, middle class home, he gets that the economy must grow from the bottom up and middle out.

Rocky is the son of a teacher and a former teacher himself. He understands the value of a strong public education system. And as a former school board member, Stephanie Horne is also a longtime advocate for families and teachers. Together they will continue standing with educators and fight to fully fund the state's under-funded education system.