WestExec Advisors, which now looks like a government-in-waiting for the next administration, was founded in 2017. 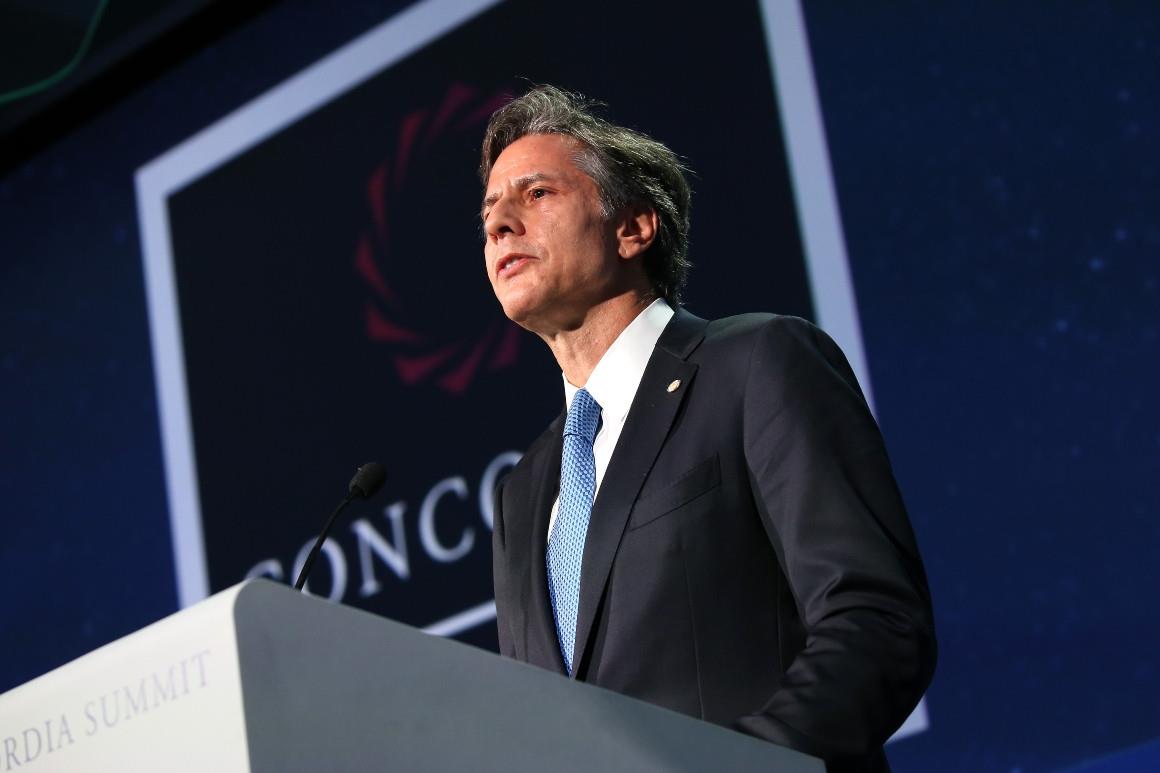 The website for WestExec Advisors includes a map depicting West Executive Avenue, the secure road on the White House grounds between the West Wing and the Eisenhower Executive Office Building, as a way to show what the consulting firm can do for its clients.

“It is, quite literally, the road to the Situation Room, and it is the road everyone associated with WestExec Advisors has crossed many times en route to meetings of the highest national security consequences,” the firm says.

And staffers are poised to cross it again — en masse.

The firm, which now looks like a government-in-waiting for the next administration, was founded in 2017 by Tony Blinken, President-elect Joe Biden’s choice for secretary of State, and Michèle Flournoy, a top contender for secretary of Defense. And one of its former principals, Avril Haines, is Biden’s pick for director of national intelligence.

But little is known about WestExec’s client list. Because its staffers aren’t lobbyists, they are not required to disclose who they work for. They also aren’t bound by the Biden transition’s restrictions on hiring people who have lobbied in the past year.

Such high-powered Washington consulting firms are “the unintended consequence” of greater disclosure requirements for registered lobbyists, said Mandy Smithberger, director of the Center for Defense Information at the Project on Government Oversight.

By not directly advocating for federal dollars on behalf of their clients, they don't have to publicly divulge who is paying them and for what activities, such as the connections they make with government agencies, she said. But it is also impossible to assess the influence they have on federal expenditures.

“They avoid becoming registered lobbyists or foreign agents and are instead becoming strategic consultants,” she said.

WestExec is loaded with other former top Democratic national security and foreign policy officials who raised money for the Biden campaign, have joined his transition team, or have served as unofficial advisers.

At least 21 of the 38 WestExec employees listed on the firm’s website donated to the Biden campaign; Flournoy alone raised more than $100,000.

Five WestExec staffers — all veterans of the Obama administration — are on leave from the firm to help staff Biden’s review teams for the Pentagon, the Treasury Department, the Council of Economic Advisers and other agencies, which are charged with coordinating the transfer of power between outgoing Trump officials and Biden’s appointees.

Two other WestExec principals were among those who briefed Biden last week on national security: Bob Work, who served as deputy secretary of defense in the Obama administration and was asked to remain on for the first few months of the Trump administration, and David Cohen, a former deputy director of both the CIA and the Treasury Department who is also in the running for a top post.

In fact, WestExec was so prepared to storm a new Democratic West Wing that the firm negotiated a clause when renting its office space that states it can break the lease if members are called back to public service, the American Prospect reported this month.

WestExec is one of a number of Washington consulting firms staffed by former diplomats, military officers and former White House aides that often “serve as the government in waiting for the party that’s out of power,” said Meredith McGehee, the executive director of Issue One, a Washington good government group.

And it’s not the only such firm with ties to the Biden campaign or transition.

Linda Thomas-Greenfield, whom Biden tapped on Tuesday as his ambassador to the United Nations, is a senior vice president at the Albright Stonebridge Group, the “commercial diplomacy firm” started by former Secretary of State Madeleine Albright. Biden’s agency review teams also include at least three other Albright Stonebridge staffers.

Nelson Cunningham, meanwhile, a co-founder of “private sector diplomacy” firm McLarty Associates, which has done consulting for clients such as Chevron and Walmart, was a Biden campaign bundler and has informally advised Biden’s team on policy.

There’s nothing wrong with people who work at such firms going into the administration, McGehee said. But she urged Blinken and other potential Biden Cabinet picks who’ve worked at firms such as WestExec to go further than the law requires by publicly disclosing any clients for which they had done significant work. (Biden’s appointees will have to disclose their most recent clients once they go into government, but not older ones.)

Yet the ties between clients and members remain opaque due to minimal enforcement of the influence industry in Washington, making it nearly impossible to know what specific projects they have consulted on or who or what agencies they met with.

The firm’s co-founders have also been reluctant to discuss their consulting work publicly.

POLITICO asked Flournoy in a recent interview to discuss how WestExec Advisors might influence a Biden administration; all she would say is that the firm is not a purely Democratic outfit.

Another senior adviser on the WestExec roster is Elbridge Colby, a former assistant secretary of defense in the Trump administration who gave $500 to the president’s re-election campaign.

Flournoy has spoken a bit about WestExec’s work with Silicon Valley start-ups to land contracts at the Pentagon, where she sees a need to better leverage new technologies that are not necessarily the forte of larger, more traditional defense contractors.

“The name of the game is how do you enable the Department of Defense to really access that cutting-edge commercial technology and adapt it to military purposes,” Flournoy said in a 2019 podcast interview at the University of Chicago. “It is one of the things that WestExec is trying to help with. How do you let these smaller, cutting-edge technology firms actually navigate the DoD and national security space?”

A person familiar with WestExec’s inner workings, however, said Haines’ engagement with the firm “was minimal — averaging less than a day a month over the two years she served as a consultant.”

“The most significant project she did for them was a public report sponsored by Open Philanthropy Project on testing and evaluating deep learning systems,” the person said.

Still, WestExec has come under fire in recent days from progressive and watchdog groups that are concerned that Flournoy has been too cozy with the defense industry, citing donations to the think tank she co-founded, the Center for a New American Security, and her work for the Boston Consulting Group.

Most recently the Project on Government Oversight published a critique of Flournoy by two former veteran defense policy wonks citing all three of those affiliations, as well as her perch on the board of Booz Allen Hamilton, a major Pentagon contractor.

But an employee for WestExec pushed back on POGO’s claim that WestExec is “helping defense corporations market their products to the Pentagon and other agencies.”

“The most significant part of the business centers on assisting U.S. companies with global footprints navigate geopolitical risks,” said the person, who asked not to be named in order to discuss internal matters.

A spokesperson for Flournoy, meanwhile, also told POLITICO that in her previous job at the Boston Consulting Group, which is a strategic partner of WestExec, Flournoy “was not involved in business development with DOD, full stop; that would have been a violation of her Obama Administration ethics agreement.”

Meanwhile, at Booz Allen Hamilton, Flournoy also “has no involvement in contracting or business development with any client, including the U.S. government,” the spokesperson said.

But for WestExec, at least, the ties to Biden have become an increasingly powerful selling point, boasting that it’s “bringing the full power of our network to bear in helping clients navigate rapidly emerging challenges and opportunities,” as its website states.

In its most recent rundown of media exposure, the firm also highlighted a number of members of the WestExec team who have been quoted or interviewed talking about Biden’s likely plans related to Israel, Iran and U.S.-Asia relations.

Work, the former deputy defense secretary who briefed Biden last week, makes no secret of his ties to the president-elect and his most trusted advisers.

“I talk with, obviously I know, almost everyone on the campaign personally, right?” he recently told POLITICO.