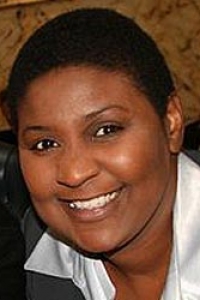 Tiffany Alston (Democrat) was a candidate who sought election to the Maryland State Senate to represent District 24. Alston lost the primary on June 26, 2018.

Alston is a former Democratic member of the Maryland House of Delegates, representing District 24 from 2011 to 2013.

Tiffany Alston was born in Washington, D.C. She earned a bachelor's degree in criminology/criminal justice from the University of Maryland at College Park in 1999 and a J.D. from the University of the District of Columbia in 2002. Alston's career experience includes founding and working as the principal attorney with Alston Law Office.

No Republican candidates ran in the primary.

Elections for the Maryland House of Delegates took place in 2014. A primary election took place on June 24, 2014. The general election was held on November 4, 2014. The filing deadline for candidates wishing to run in this election was February 25, 2014. Erek Barron and incumbents Carolyn J.B. Howard and Michael L. Vaughn defeated incumbent Darren M. Swain, Tiffany Alston, Marva Jo Camp, Durand Adrian Ford, Greg Hall, Delaneo L. Miller and Phillip A. Raines in the Democratic primary, while Cy Okoro was unopposed in the Republican primary. Barron, Howard and Vaughn defeated Okoro for three seats in the general election.

Alston won the first of three seats in the general election on November 2, 2010.