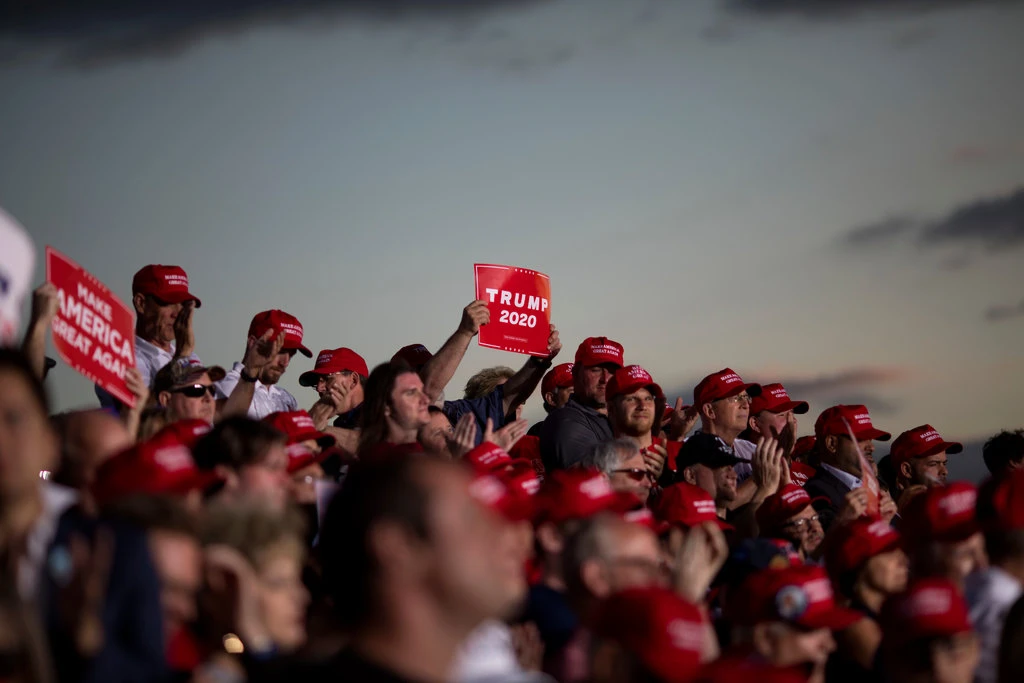 Supporters of President Trump at a campaign rally this month in Montoursville, Pa.CreditCreditEric Thayer for The New York Times

By Annie Karni and Maggie Haberman | The New York Times

A little more than four years later, on June 18, President Trump will officially begin his re-election campaign inside a 20,000-person arena in Orlando, Fla., a kickoff that will be greeted this time with an understanding across the ideological spectrum of his political skills.

“I will be announcing my Second Term Presidential Run with First Lady Melania, Vice President Mike Pence, and Second Lady Karen Pence on June 18th in Orlando, Florida, at the 20,000 seat Amway Center,” the president announced on Twitter on Friday. “Join us for this Historic Rally!"

Mr. Trump’s incendiary announcement speech four years ago, in which he accused Mexicans of being rapists and bringing crime and drugs into the United States, was a harbinger of the campaign and the presidency that were to come. Throwing away the remarks prepared for him by his small crew of advisers, Mr. Trump ad-libbed in the discursive style that has become his trademark.

Mr. Trump has been staging “Make America Great Again” rallies across the Rust Belt and in the critical swing state of Florida for months, and formally announced his re-election effort hours after he was sworn in in 2017. But as he and his campaign aides have watched Democratic presidential candidates declaring their candidacies and then announcing them a second time to attract a new round of attention from the news media, the Trump team has been eager for a distinctive event that would mark Mr. Trump’s official announcement.

But what exactly that would look like has for months been the source of internal debate among campaign aides and White House officials. Mr. Trump had initially planned an announcement in Florida, recommended by a number of advisers as the right launchpad for a politician who views pageantry as the key ingredient to a successful event. Those plans were briefly scrapped, however, in favor of a multistate tour.

Another plan called for a kickoff a few days earlier than June 18.

At one point, Jared Kushner, Mr. Trump’s son-in-law, who has been positioning himself as the unofficial campaign manager, pushed the idea of recreating Mr. Trump’s descending escalator ride at Trump Tower, but that idea was rejected because of the conflict of interest it might suggest between Mr. Trump’s business and his role as president.

Mr. Trump’s campaign ultimately returned to the original idea of a mammoth “Make America Great Again” rally in Florida, the bellwether on election night in 2016 that made it clear Mr. Trump was heading for a victory over Hillary Clinton, the Democratic nominee, and in 2020 a must-win state where his numbers so far are softer than the campaign would like.

The campaign was a taped-together operation in 2016, with a few desks strewn across an unfinished floor of Trump Tower. This time, it occupies a former trading floor in a sleek office tower in Arlington, Va., with sweeping views of the Potomac River.

The campaign manager is Brad Parscale, who is close to both the president and his family, and has a staff of 40 and counting. He is working hand in hand with the Republican National Committee, which has raised close to $400 million for the re-election fight since 2017.

Mr. Trump may only now be officially kicking off his campaign, but his campaign staff members and fund-raisers have been putting in place the pieces of a traditional presidential campaign structure, aware that the “lightning in a bottle” quality of Mr. Trump’s first victory is unlikely to happen again without more planning.

This time around, the campaign has embraced the fund-raising apparatus that Mr. Trump rejected four years ago, hosting an event for bundlers this month at the Trump International Hotel in Washington. Mr. Trump raised more than $30 million in the first quarter of 2019 and has $40.8 million in cash on hand, putting him far ahead of any Democratic presidential candidate.