President Trump on Sunday floated the possibility of staying in office longer than two terms, suggesting in a morning tweet that his supporters might “demand that I stay longer.”

The president, who will kick off his reelection campaign on Tuesday with an event in Orlando, has previously joked about serving more than two terms, including at an event in April, when he told a crowd that he might remain in the Oval Office “at least for 10 or 14 years.”

The 22nd Amendment of the Constitution limits the presidency to two terms.

In tweets Sunday morning, Trump also voiced dissatisfaction with recent news coverage of his administration, calling both The Washington Post and the New York Times “the Enemy of the People.”

He added: “The good news is that at the end of 6 years, after America has been made GREAT again and I leave the beautiful White House (do you think the people would demand that I stay longer? KEEP AMERICA GREAT), both of these horrible papers will quickly go out of business & be forever gone!” 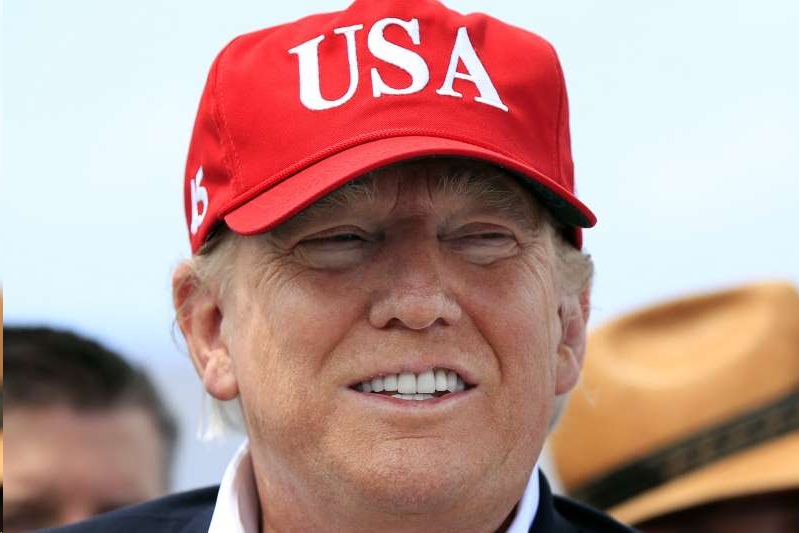 © Manuel Balce Ceneta/AP In this March 29 photo, President Trump speaks to reporters during a visit to Lake Okeechobee and Herbert Hoover Dike at Canal Point, Fla.

Trump last month floated the notion of being given two bonus years as president to make up for the time former special counsel Robert S. Mueller III spent on his investigation into Russian interference in the 2016 campaign. The president shared a tweet in which Liberty University President Jerry Falwell Jr. declared, “Trump should have 2 yrs added to his 1st term as pay back for time stolen by this corrupt failed coup.”

Last year, Trump also joked about doing away with term limits in a speech to Republican donors at his Mar-a-Lago estate in which he praised Chinese President Xi Jinping for doing so.