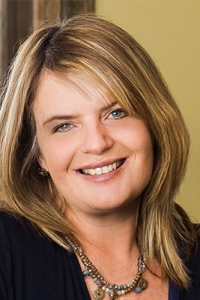 Vicky Cutroneo (Nonpartisan) is an at-large member of the Howard County Public Schools Board of Education in Maryland. Cutroneo was elected to the office on November 6, 2018.

Cutroneo earned her bachelor's degree in nursing from the University of Maryland. She was a pediatric nurse and a clinical research associate prior to focusing on volunteering in district schools. Cutroneo and her husband, Joe, have three children.

The following candidates ran in the general election for Howard County Public Schools Board of Education At-large on November 6, 2018.

The following candidates ran in the primary for Howard County Public Schools Board of Education At-large on June 26, 2018.

A dispute over the Howard County Board of Education's decision to renew the contract of Superintendent Renee Foose in February 2016 defined the race for three out of seven board seats. All three seats up for election in 2016 were held by board members who approved a four-year contract for Foose. The superintendent faced scrutiny from local groups and state officials over a perceived lack of transparency into district decisions. A swing of all three seats from incumbents to challengers interested in reforming board policies created a majority that does not favor Foose's proposals.

Candidates for public office in Maryland had until March 22, 2016, to submit their first contributions and expenditures report of the primary campaign. The final campaign finance deadline of the 2016 campaign was November 22, 2016. State law allows candidates to file Affidavits of Limited Contributions and Expenditures (ALCE) if their campaigns did not accept $1,000 in contributions or spend $1,000 in a particular reporting period.

Not available.
Cutroneo received the endorsement of The People's Voice prior to the primary election. Read More