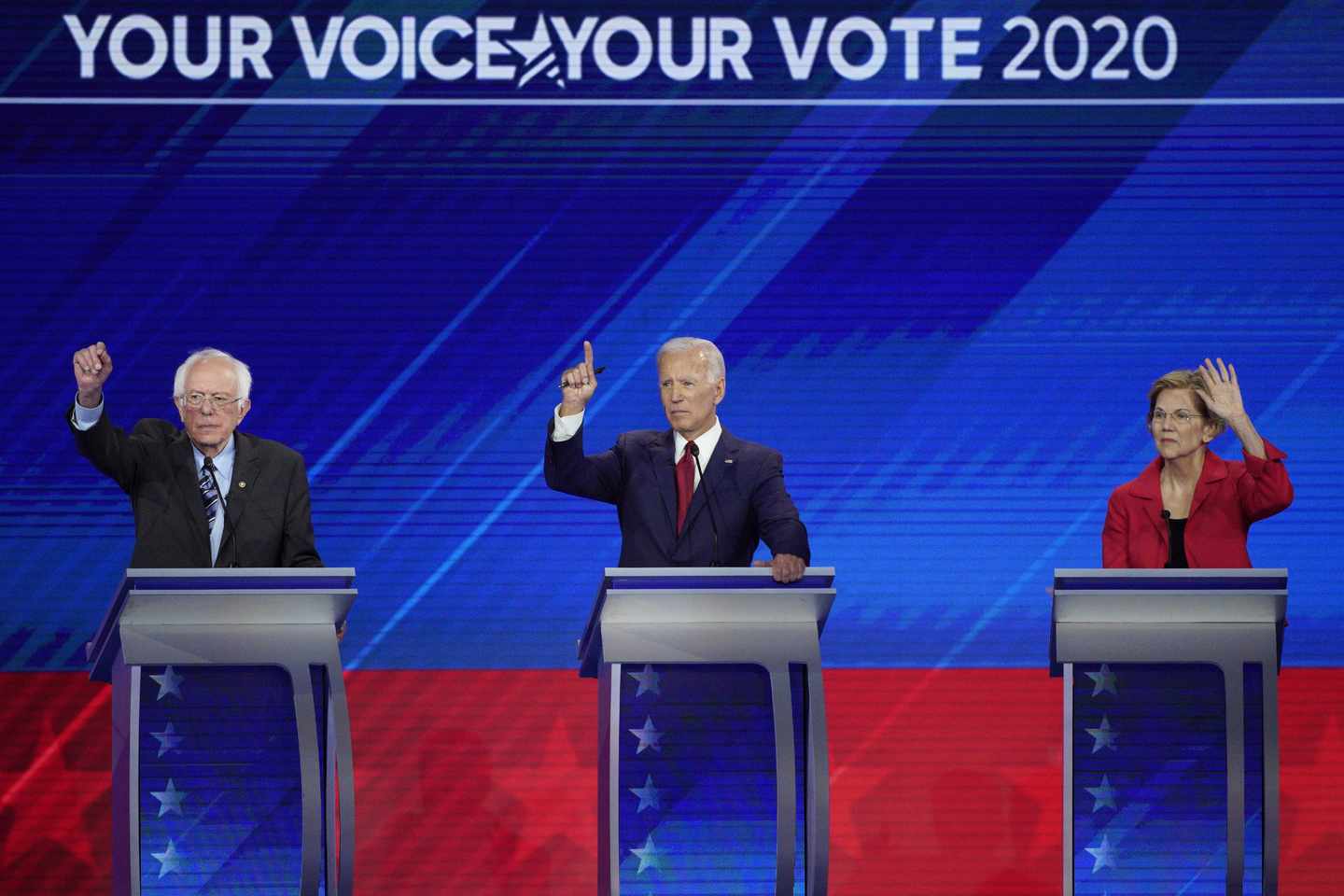 Joe Biden, Bernie Sanders and Elizabeth Warren have consistently topped polls and media-mention rankings of the 2020 Democratic presidential candidate field. While Biden continues to lead, Sanders’ and Warren’s media fortunes have improved as the large field has winnowed.

The timeline below shows the percentage of all mentions of 2020 Democratic candidates across CNN, MSNBC and Fox News that were of Biden, Sanders and Warren from Jan. 1, 2019 to Sept. 14, using data from the Internet Archive’s Television News Archive as processed by the GDELT Project. A seven-day rolling average was used to smooth the graph to make the trends easier to see. (More details on the search terms used for each candidate are available here.) Since his formal announcement on April 25, Biden has maintained a commanding media lead over his closest competitors. Much like Donald Trump’s lead, which narrowed in 2015 as the GOP race intensified, so too has Biden’s advantage declined, though it has recovered in the last two weeks.

Warren has never really enjoyed a breakout moment since the beginning of the year, but Sanders’ previous lead over the Massachusetts senator has all but evaporated, with the two receiving nearly equal portions of 2020 attention on the three channels.

In all, Biden has received 40.9% of Democratic mentions on CNN, MSNBC and Fox News this year, followed by Sanders with 18% and Warren with 14%.

Looking at the nightly news broadcasts for ABC (“World News Tonight With David Muir”), CBS (“Evening News” and “Evening News With Jeff Glor” and “Evening News With Norah O'Donnell”) and NBC (“Nightly News With Lester Holt”), the seven-day rolling average timeline below shows that Biden has had breakout moments more often than the other two. Most importantly, while not reflected in the graph below, his breakout days were typically those that yielded the most mentions of the 2020 race as well, boosting his total mentions.

In all, Biden has accounted for 46% of evening news mentions of the Democratic candidates, followed by Sanders with 18.8% and Warren with 11%.

Online news offers Biden the least advantage, with his lead almost disappearing since the start of last month, as seen in the seven-day rolling average timeline below. What about public interest in this trio? The timeline below shows U.S. search interest for the three candidates using Google Trends’ built-in entries for each, which sift through a basket of common search terms for them.

As with media coverage, searches have noticeably tightened in the past month and a half, though Biden is still on top, followed by Sanders and then Warren.

In the end, whether by polls, media coverage or search interest, the 2020 Democratic field has largely narrowed to Biden, Sanders and Warren, though the front-runner’s lead has been slowly declining and as the “big three” are increasingly mentioned together.