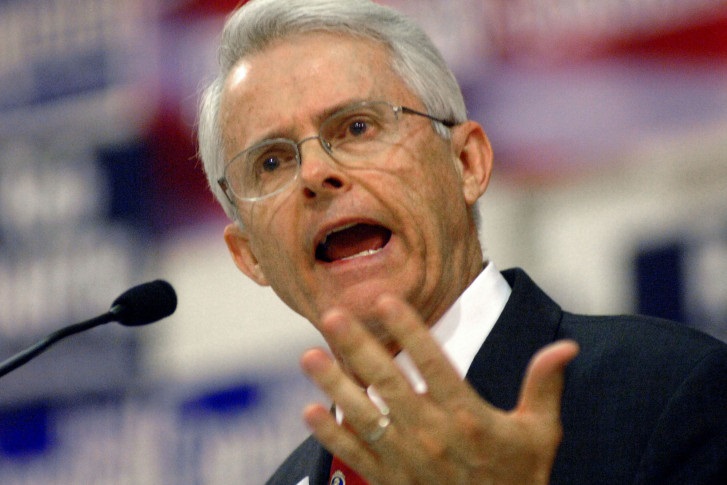 WASHINGTON — Republican Sen. Dick Black, of Loudoun County, Virginia, will not run for re-election this fall.

Black has gone to Syria to support Bashar Assad, and fought for socially conservative causes during his time in Richmond. He served in the Virginia House of Delegates before being elected to represent parts of Loudoun and Prince William counties in the state Senate.

Democrats already saw Black’s district as among key opportunities for a pickup in November, when all 140 seats in the General Assembly are on the ballot alongside a number of local supervisors races. A win could help flip control of the chamber.

Black is one of a number of longtime state or local legislators from both parties who have announced that they will not run again this year, setting up some significant changes for Virginia.

A special election is scheduled Tuesday, Jan. 8, for the seat vacated by Rep. Jennifer Wexton (D) who won a seat in the U.S. House.

Wednesday is the final day to register to vote or update voter registration details in that race, which is between Democratic Del. Jennifer Boysko and Republican former Del. Joe May. The 33rd District winds from the Chantilly area past Dulles, Brambleton and Sterling before taking a left turn along Route 7 through Lansdowne to Leesburg.

In Loudoun County, in-person absentee voting is available from 8:30 a.m. to 5 p.m. through Saturday, at the Office of Elections.

If Boysko gets the turnout she is looking for and holds that seat for Democrats, it would put the state Senate back at a 21-19 split, and trigger a special election for her House of Delegates seat.

This year’s General Assembly session starts Jan. 9. It is scheduled to end by Feb. 23.