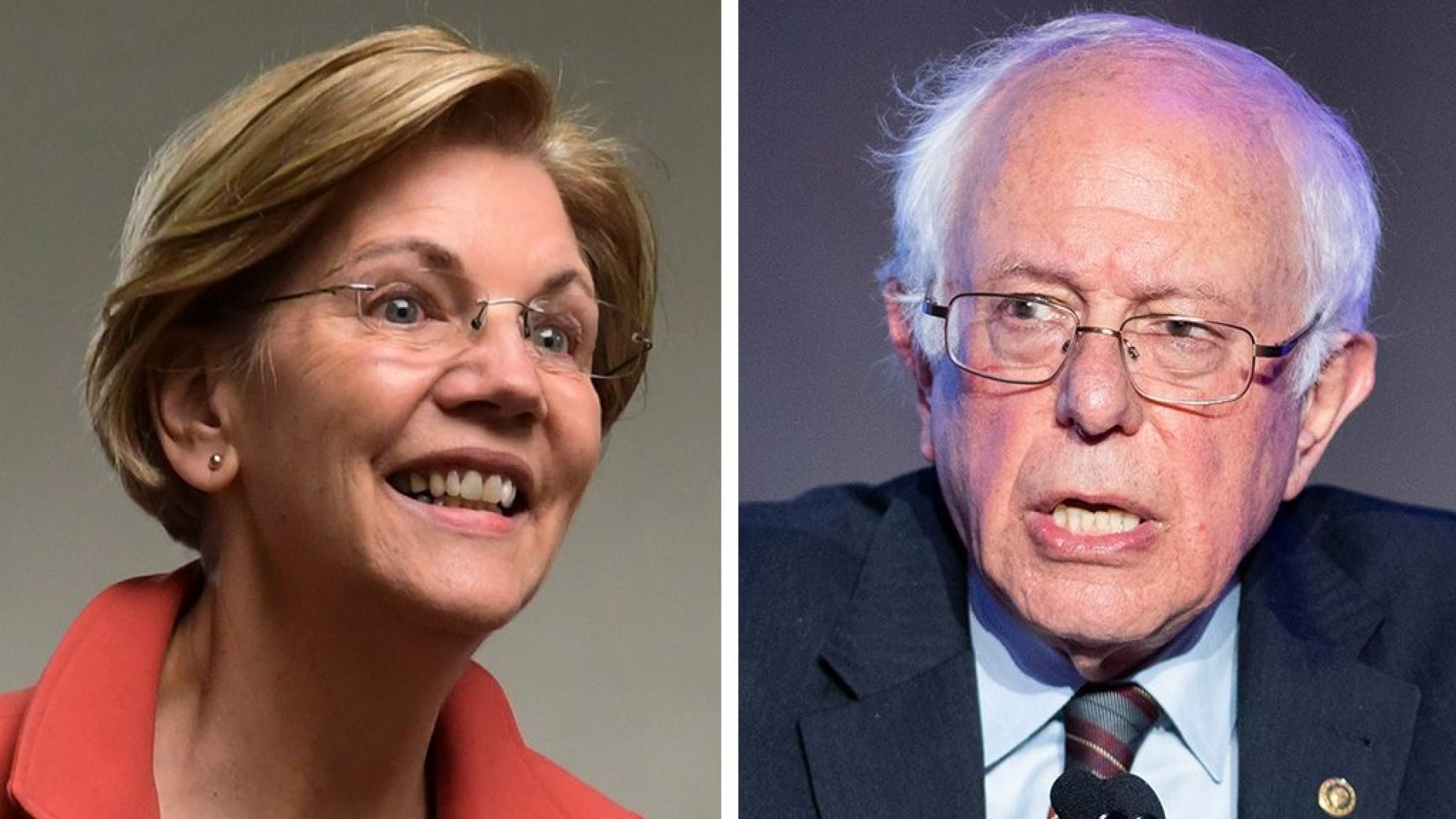 Elizabeth Warren's announcement of an exploratory committee sets up a bruising battle for the nomination with another populist firebrand who also hails from a state that neighbors New Hampshire: Sen. Bernie Sanders of Vermont. (AP)

CONCORD, N.H. – Before she launched a presidential exploratory committee, Sen. Elizabeth Warren of Massachusetts reached out in recent weeks to a bunch of leading Democrats in neighboring New Hampshire, the state that for a century’s held the first primary along the road to the White House.

“She asked questions about the lay of the land, what was happening, what the top issues were, who was organized, who was here, who had staff, and who was trying to recruit staff,” a top progressive lawmaker in the state, who asked for anonymity in order to speak more freely, told Fox News.

Monday’s widely expected step was a major move by the well-known progressive senator towards setting up a White House campaign.

And it could also set up a bruising battle for the nomination with another populist firebrand who also hails from a state that neighbors New Hampshire: Sen. Bernie Sanders of Vermont.

Warren is now expected “hit the road very soon” to visit New Hampshire and Iowa and the other early voting states in the primary and caucus calendar, according to sources familiar with the senator’s campaign operation. But those trips, they note, are subject to any actions needed to end the current federal government shutdown.

Warren, who in November easily won re-election to a second term representing neighboring Massachusetts in the Senate, avoided setting foot in the Granite State during the 2018 campaign, unlike many other potential Democratic presidential contenders. Sanders parachuted into the state twice. But she did dispatch two of her aides to work for the New Hampshire Democratic Party during the midterms.

Longtime state party chairman Ray Buckle also received a recent call from Warren. On Monday, he welcomed the 69-year old senator into the race, saying "we look forward to a vibrant and inspiring nominating contest.”

While it’s far too early to tell if the Democratic nominating race will be vibrant or inspiring, it is likely it will be jam-packed, with well more than 20 potential contenders seriously mulling White House bids.

And one of those is potential rivals is Sanders

The Independent senator’s crushing defeat of former Secretary of State Hillary Clinton in the 2016 New Hampshire primary launched him into a marathon fight for the nomination with the eventual nominee.

If the 77-year old Sanders joins Warren in running for the White House, it would set up a potential blockbuster battle for the progressive base of the Democratic Party.

“Bernie and Warren are both great on the issues and for me it’s a question of what each of their organizations will look like and who of the two of them has a better shot against (President Donald) Trump,” the progressive lawmaker said.

But a veteran progressive New Hampshire based activist worried about the consequences of a race that included  both Warren and Sanders – as well as possibility of liberal lawmakers like Sens. Sherrod Brown of Ohio and Jeff Merkley of Oregon as well as Rep. Tulsi Gabbard of Hawaii.  And Sens. Cory Booker of New Jersey and Kamala Harris of California may also vie for the progressive mantle.

“I’m scared. I think it’s a disaster waiting to happen for progressives,” said the alarmed activist, who lamented the possibility of a divided field on the left allowing a more moderate to win the nomination. “It gets much, much, harder for a true progressive to win if there are so many credible candidates of that ilk vying for the nomination.”

Political scientist and New England College vice president of academic affairs Wayne Lesperance noted that Sanders “captured the sort of the anger and frustration that a lot of voters had with business as usual. Enter Elizabeth Warren now, who can speak to a lot of those same messages.”

“He (Sanders) occupied rare space last cycle because there wasn’t another progressive voice that gained a lot of national attention. This cycle will not be that way,” Lesperance predicted. “They’re going to be competing with each other for the same pool of voters, and that may open the door for a different kind of candidate, more moderate, more centrist Democrat.”

A primary with the senators from Massachusetts and Vermont would also set up a fist fight for home field advantage.

“The advantage New Englanders have running in New Hampshire is they speak the language. They understand the notion of the traditions, the town hall meetings,” Lesperance explained.

There’s a history of candidates from next door winning the primary. Think of Michael Dukakis in 1988, Mitt Romney in 2012, and Sanders in 2016.

The last time big name candidates from Massachusetts and Vermont faced off in the New Hampshire primary was in 2004, when then-Sen. John Kerry of Massachusetts topped second place finisher and former Vermont Gov. Howard Dean in a Democratic presidential contest that included seven candidates.

“It’s an advantage to have one of those first contests in your backyard but it does come with a lengthy set of expectations,” he said.

And he warned that the state could become a “must win” for either Warren or Sanders.