Who's running for president in 2020? List of possible Democratic candidates

Who is running for president in 2020? The presidential election isn't until Tuesday, Nov. 3, 2020, but there's already mounting speculation about which candidates will run.

The next presidential election isn't until Tuesday, Nov. 3, 2020, but there's already mounting speculation about which candidates will run.

Republican President Donald Trump officially formed his 2020 presidential campaign in 2017 and is expected (though not guaranteed) to clinch the GOP nomination, but the field is still wide open for Democrats and independent candidates hoping to run against him.

Here's a running list of some of the candidates likely to vie for the Democratic nomination. 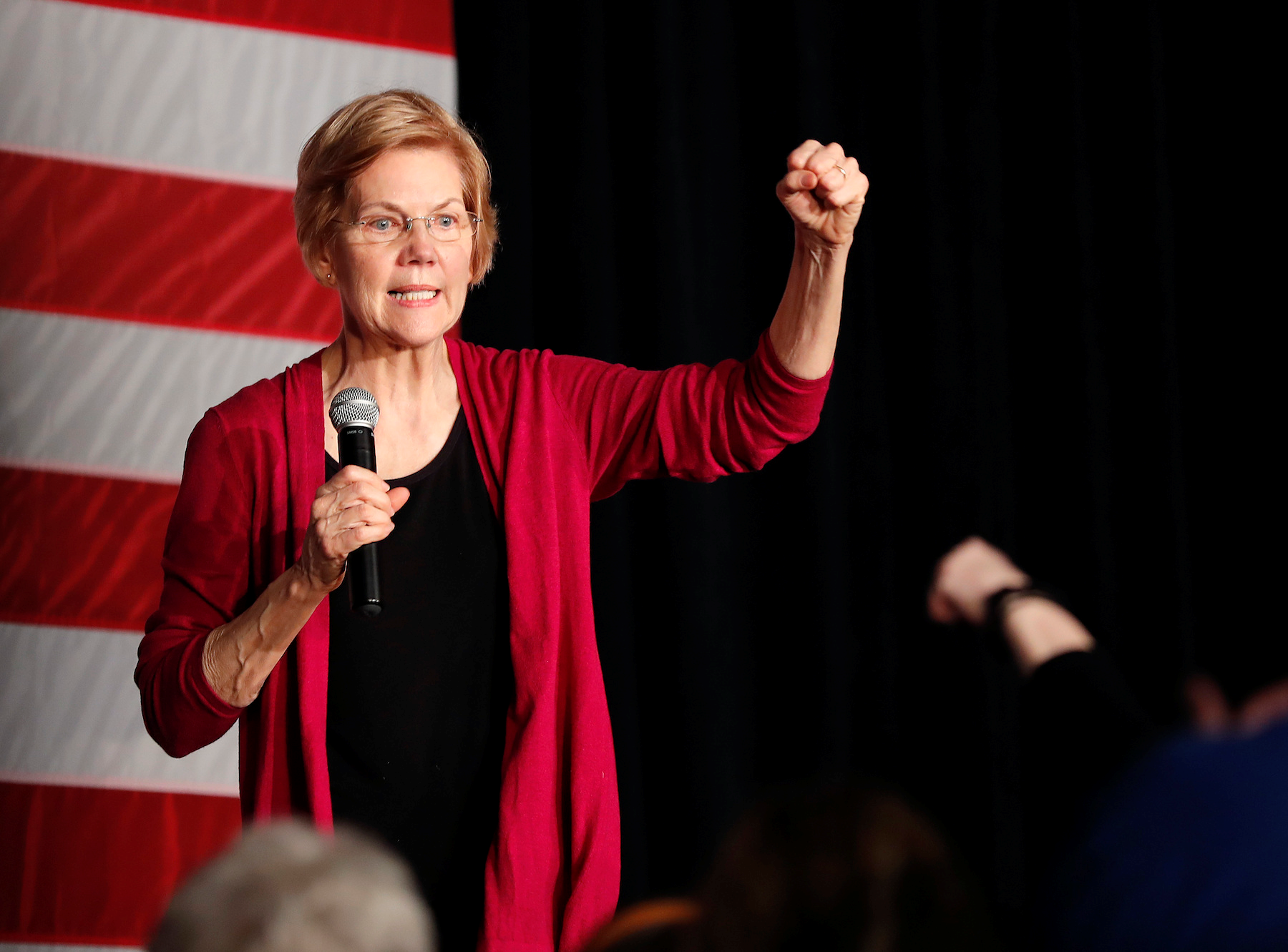 Warren announced on Dec. 31, 2018, the formation of an exploratory committee, the first major step toward launching a widely anticipated campaign for the presidency.

Warren burst onto the national scene a decade ago during the financial crisis with calls for greater consumer protections. She quickly became one of the party's more prominent liberals even as she sometimes fought with Obama administration officials over their response to the market turmoil. 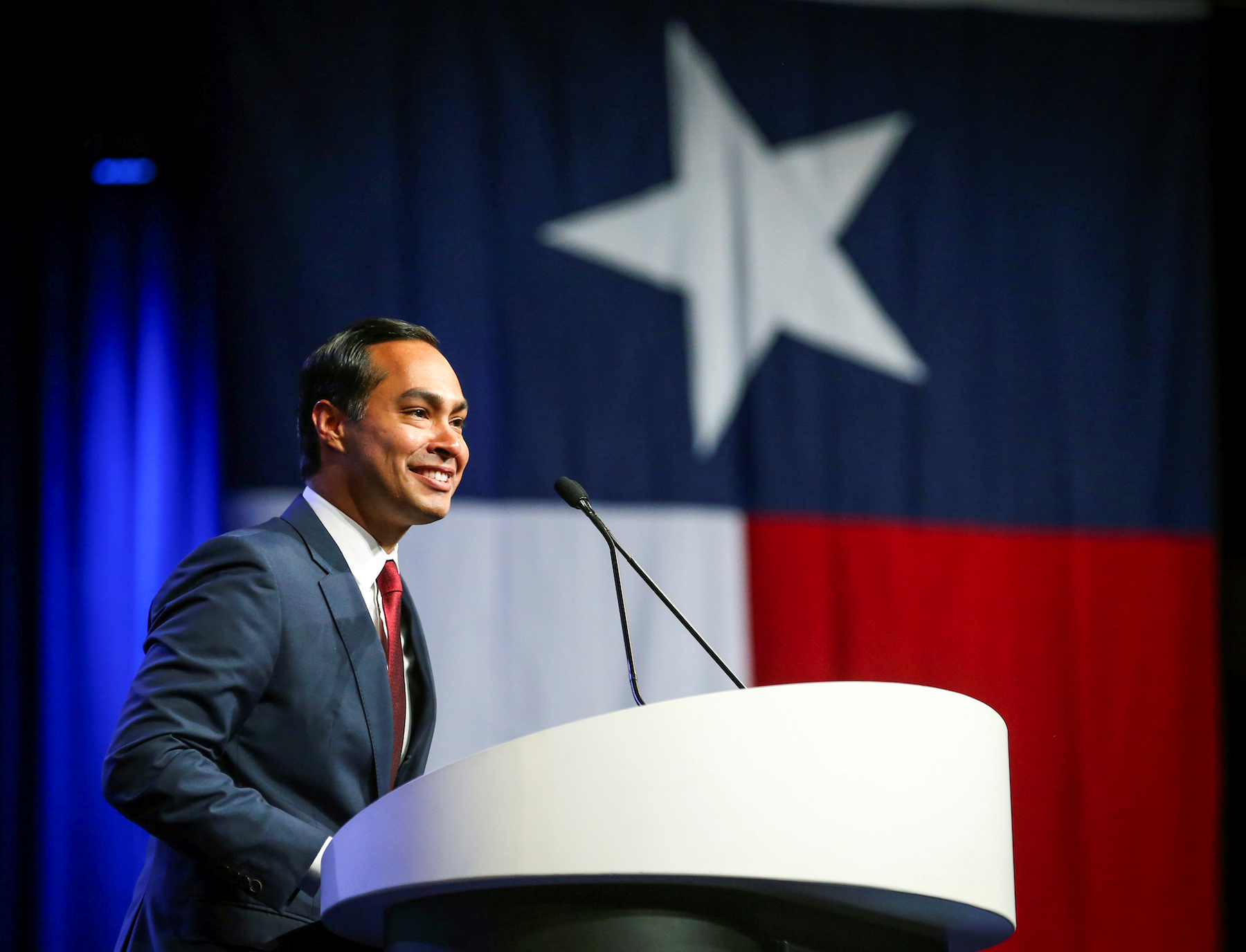 In this June 22, 2018, file photo, Julian Castro speaks at the start of the general session at the Texas Democratic Convention in Fort Worth, Texas. (AP Photo/Richard W. Rodriguez, File)

Castro, the Democratic former mayor of San Antonio who served in President Barack Obama's second term, told Nevada Democrats Jan. 8 that as a presidential candidate, he's going to be talking about improving public education, equal treatment under the criminal justice system and addressing what he called the existential threat of climate change. 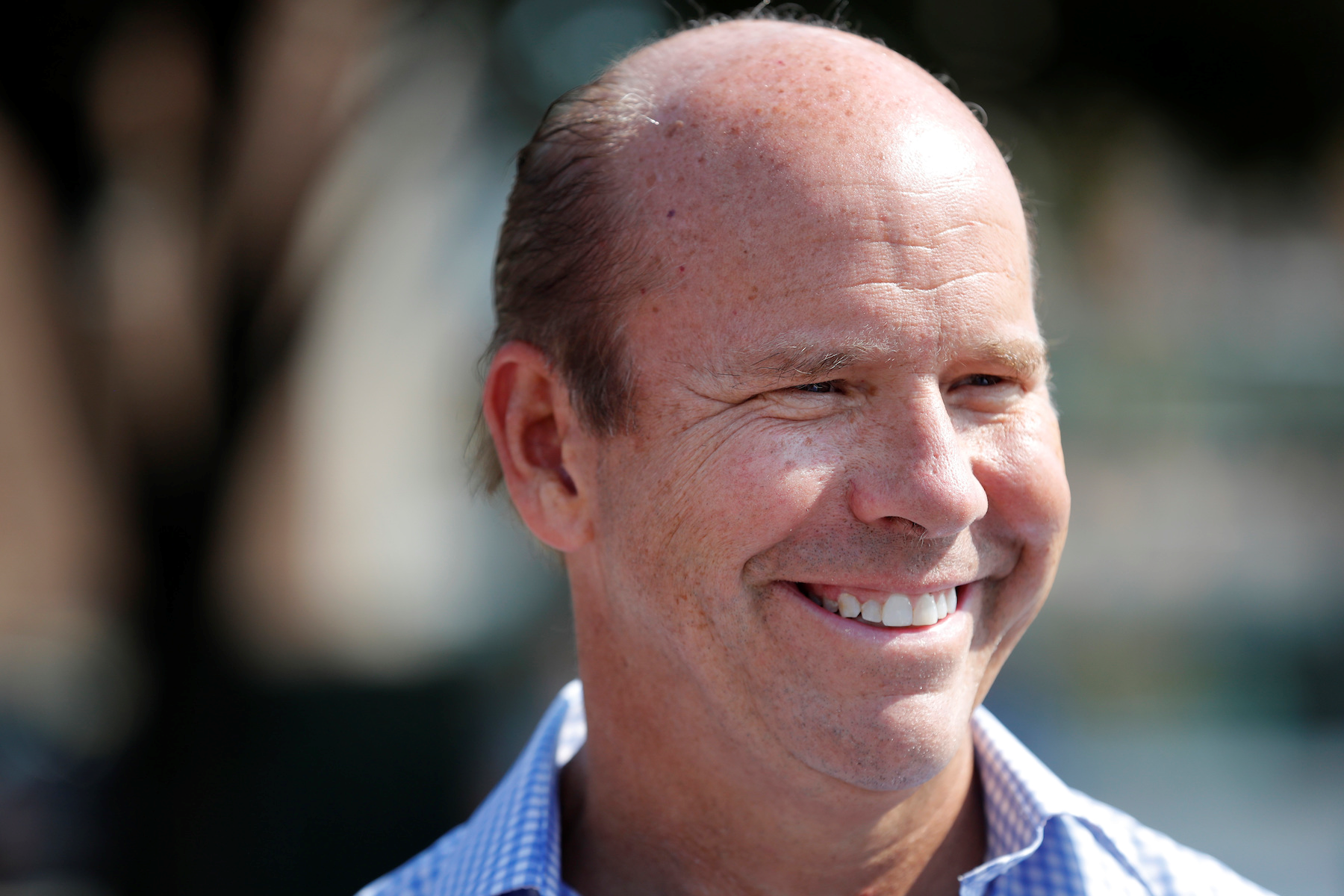 The three-term Maryland legislator announced his intention to run for the presidency back in 2017 and has since run multiple television ads in battleground Iowa. He visited each of Iowa's 99 counties in 2018, according to the AP.

Despite the nationalization of more recent presidential campaigns, Delaney has been taking a chapter from previous Iowa Cinderella stories. As a little-known Georgia governor, Jimmy Carter famously crisscrossed Iowa to emerge as a rising star in 1976. 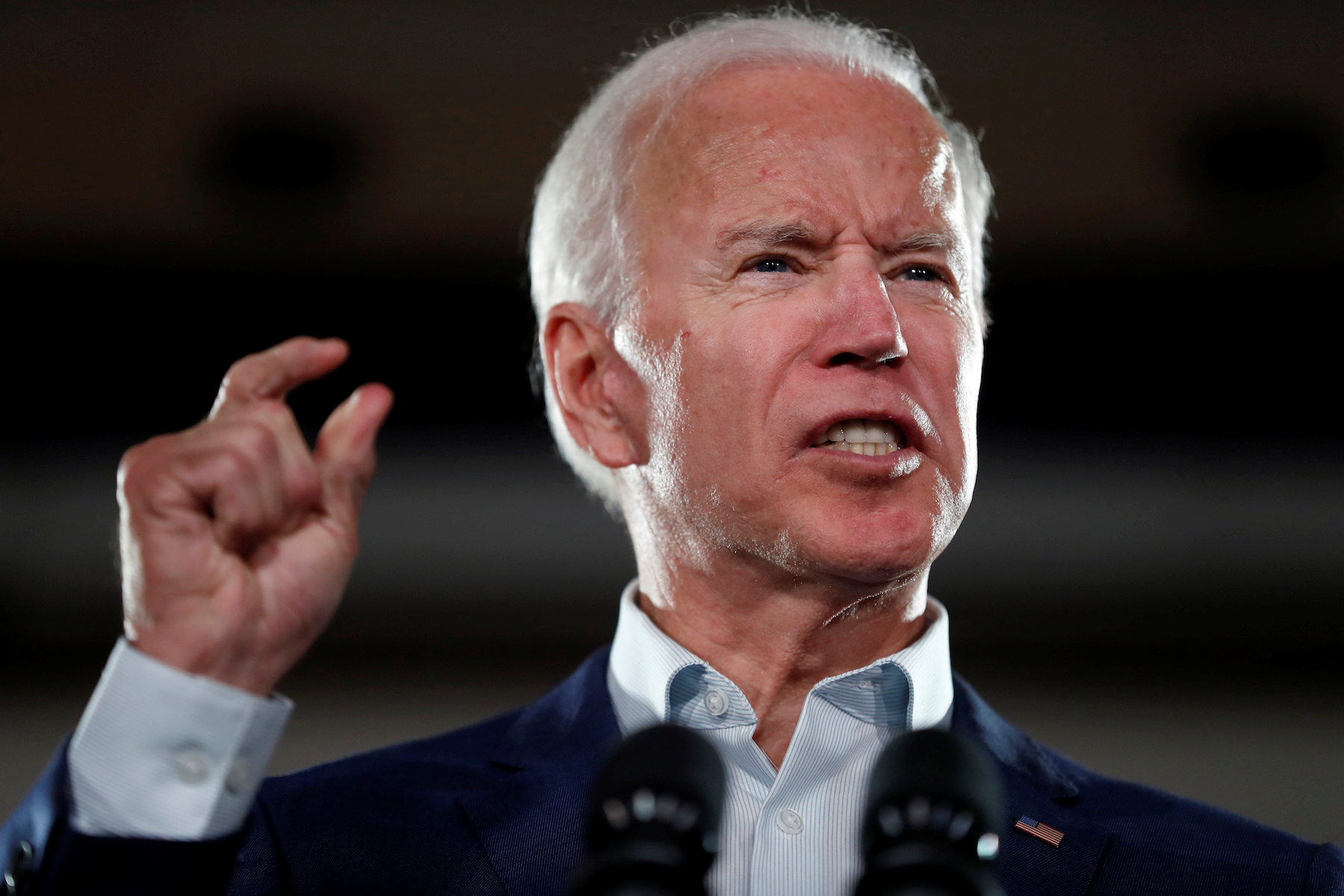 As he considers running for president, Joe Biden is talking with friends and longtime supporters about whether, at 76, he's too old to seek the White House, several sources who have spoken with the former Democratic vice president told the Associated Press in December.

The discussions suggest Biden is aware that his age may be the biggest hurdle to launching another bid for the Democratic presidential nomination, especially in an era when many in the party yearn for a new generation of leadership. If Biden runs against Trump in the general election, either would be the oldest president ever elected.

Biden will reportedly announce whether or not he plans to run by the end of January. 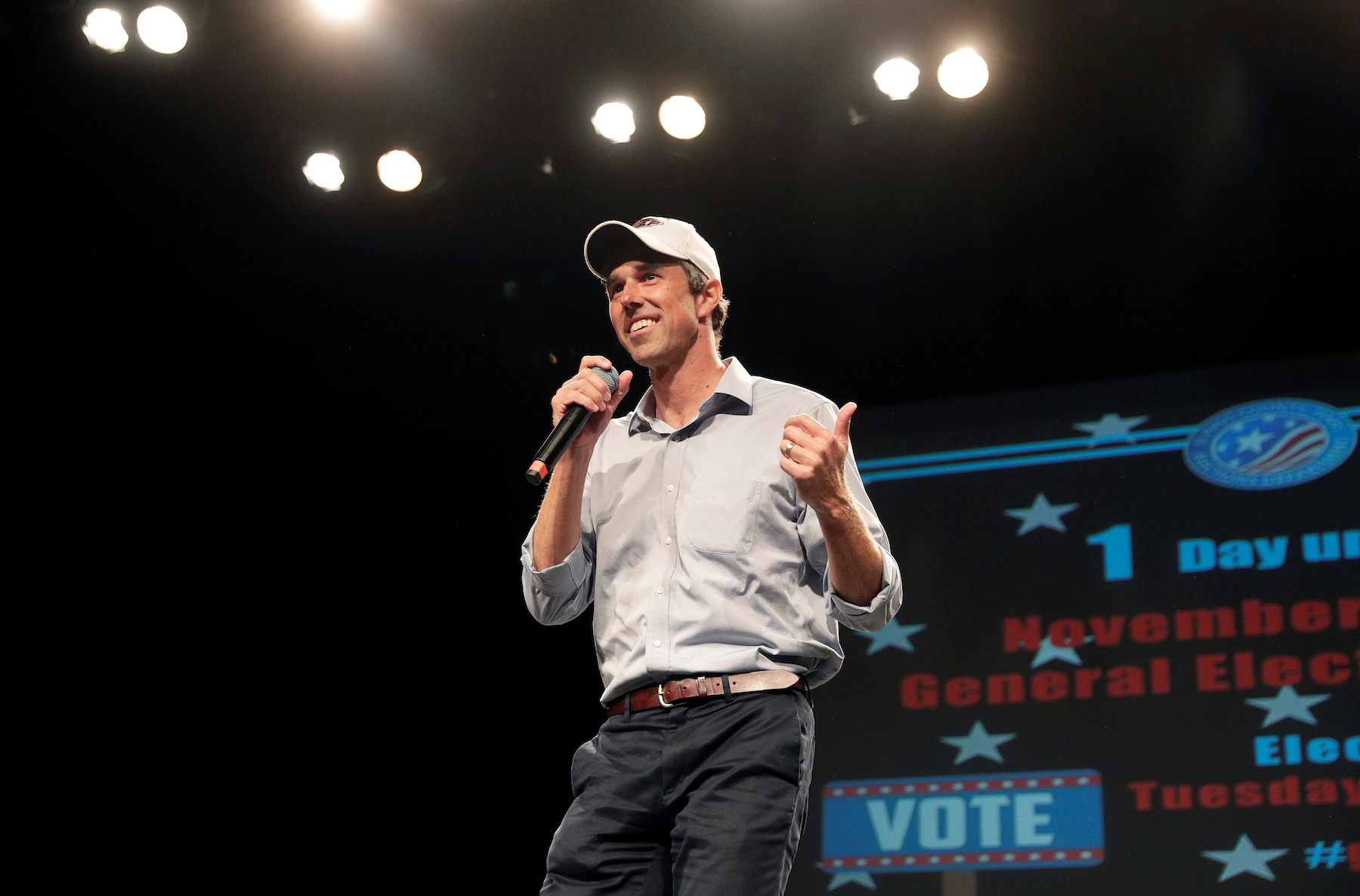 The outgoing Texas congressman's team said in December that he has no timeline or roadmap for deciding if he'd like to parlay a surprisingly close loss to Republican Sen. Ted Cruz into a White House try. People close to O'Rourke insist he hasn't expanded staff or lined up consultants even as the interest in him intensifies. They say he's spoken to top Democratic donors, but describe such discussions as fact-finding missions, researching the logistics of a possible run rather than securing assurances that coming campaign cash would go to him and not others. 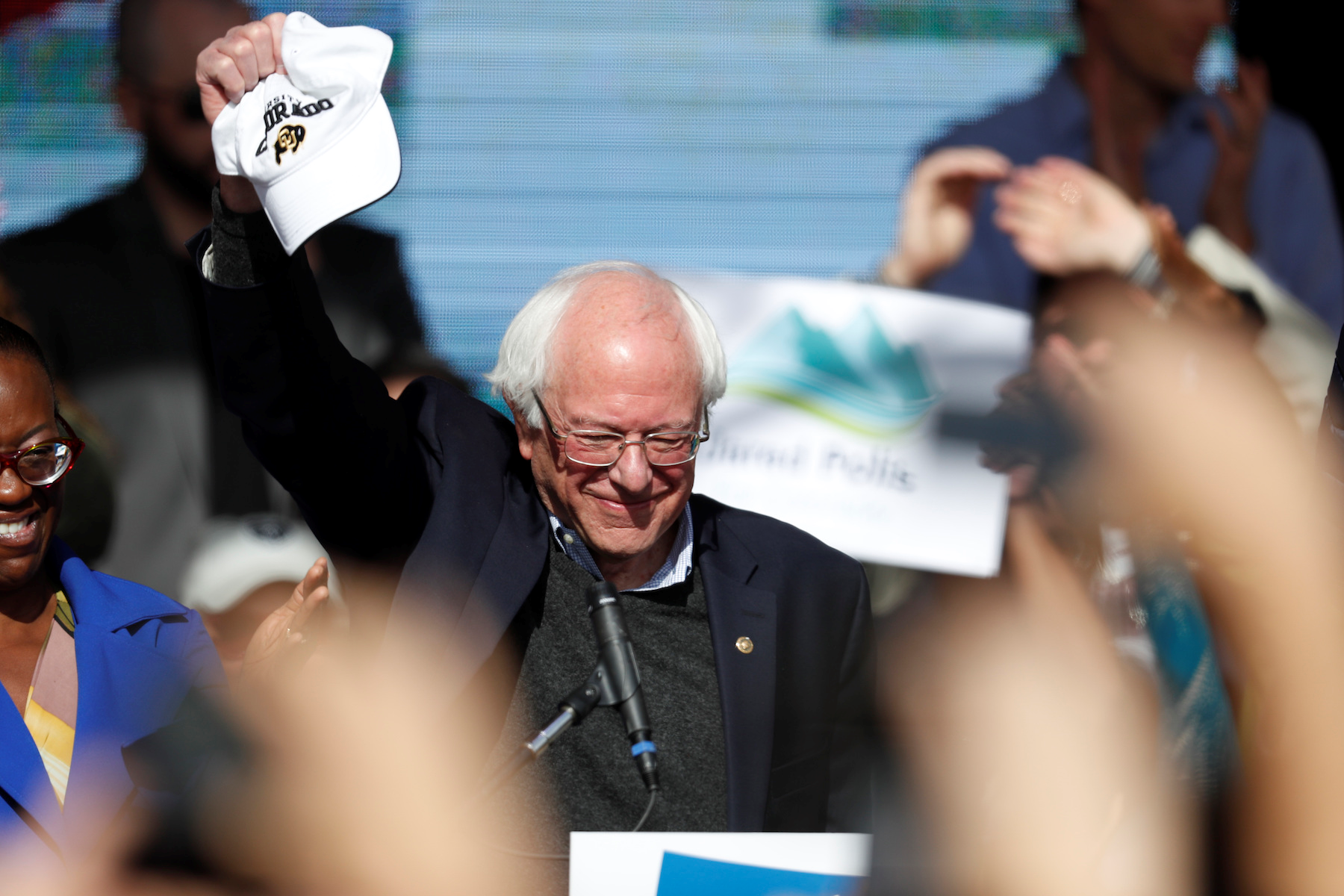 U.S. Senator Bernie Sanders speaks during a rally with young voters on the campus of the University of Colorado Wednesday, Oct. 24, 2018, in Boulder, Colo. (AP Photo/David Zalubowski)

2016 presidential contender Sen. Bernie Sanders has emerged as one of the early favorites in the opening phase of the 2020 campaign. Sanders, who was active on the midterm campaign trail as he endorsed liberal candidates around the country, has recently said that he is still considering a second run in 2020. 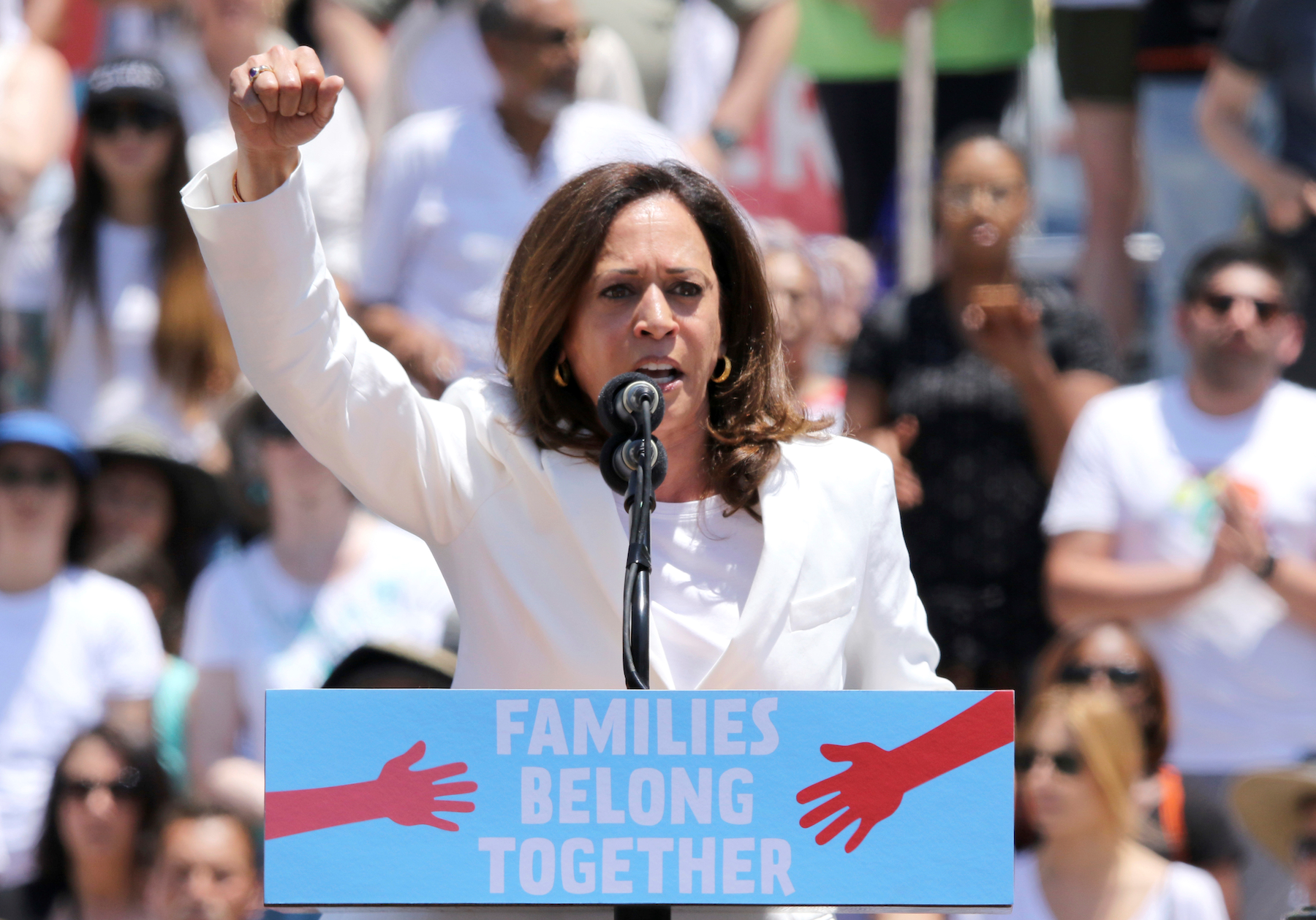 Harris has said publicly that she is considering a run for president but has yet to actually declare her intention to run. Harris has served as a senator since 2017 after previously serving as the district attorney of San Francisco and California's attorney general.

"I'm very tempted, but I'm not yet ready," said on "The View" on Jan. 8. "It's about my family...the whole family pays the price and goes through the process," Harris said about her process of deciding whether to run.

"We'll make a decision and we'll make it soon," she added. 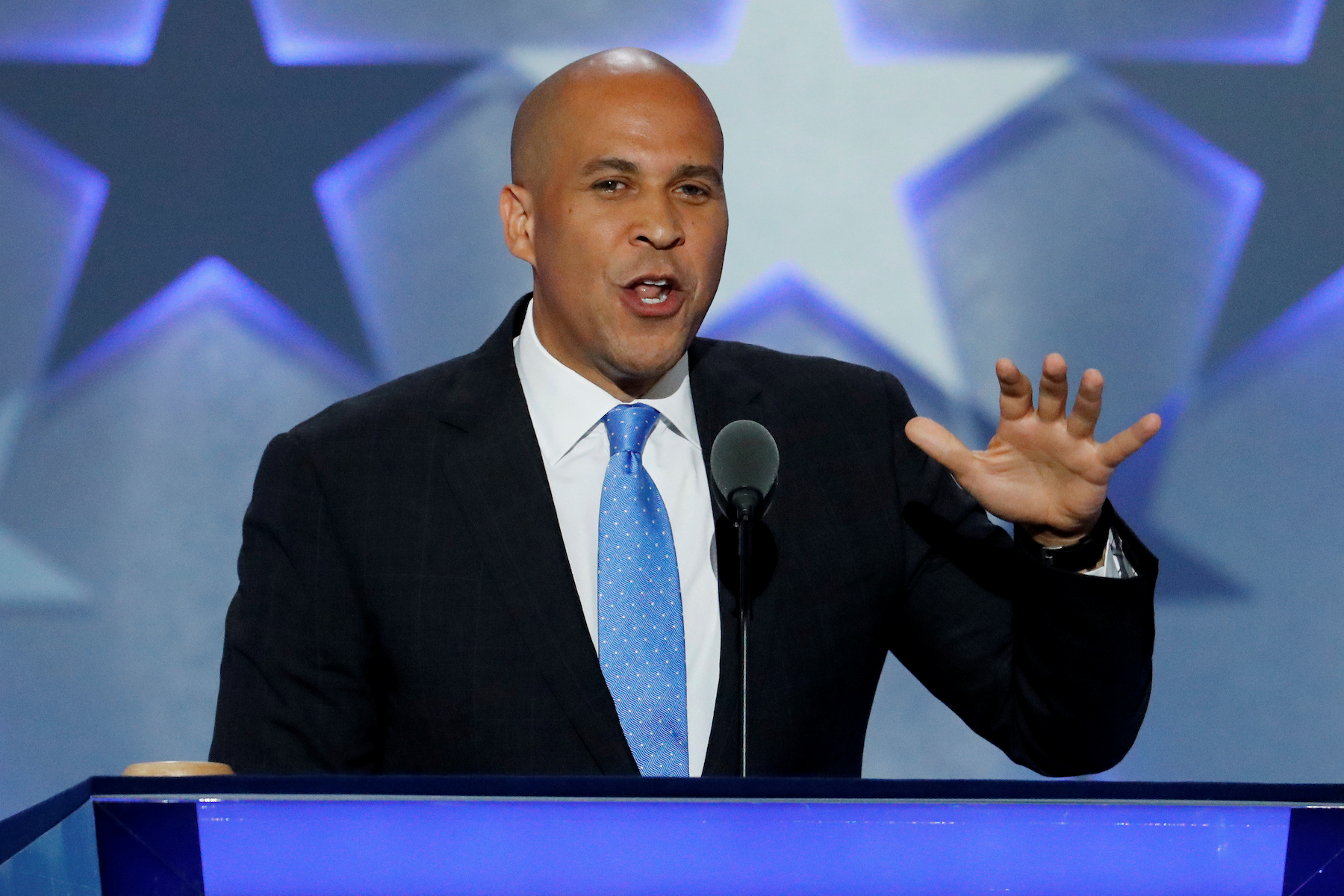 Sen. Cory Booker is among more than a dozen Democrats weighing 2020 presidential campaigns who have already begun testing their ability to connect with Iowans. Notably, Booker paced the stage at an Iowa Democratic Party fall banquet, repeatedly quoting Martin Luther King in a sermon-like speech to 1,200 of the state's most influential party activists, officials and donors in October. 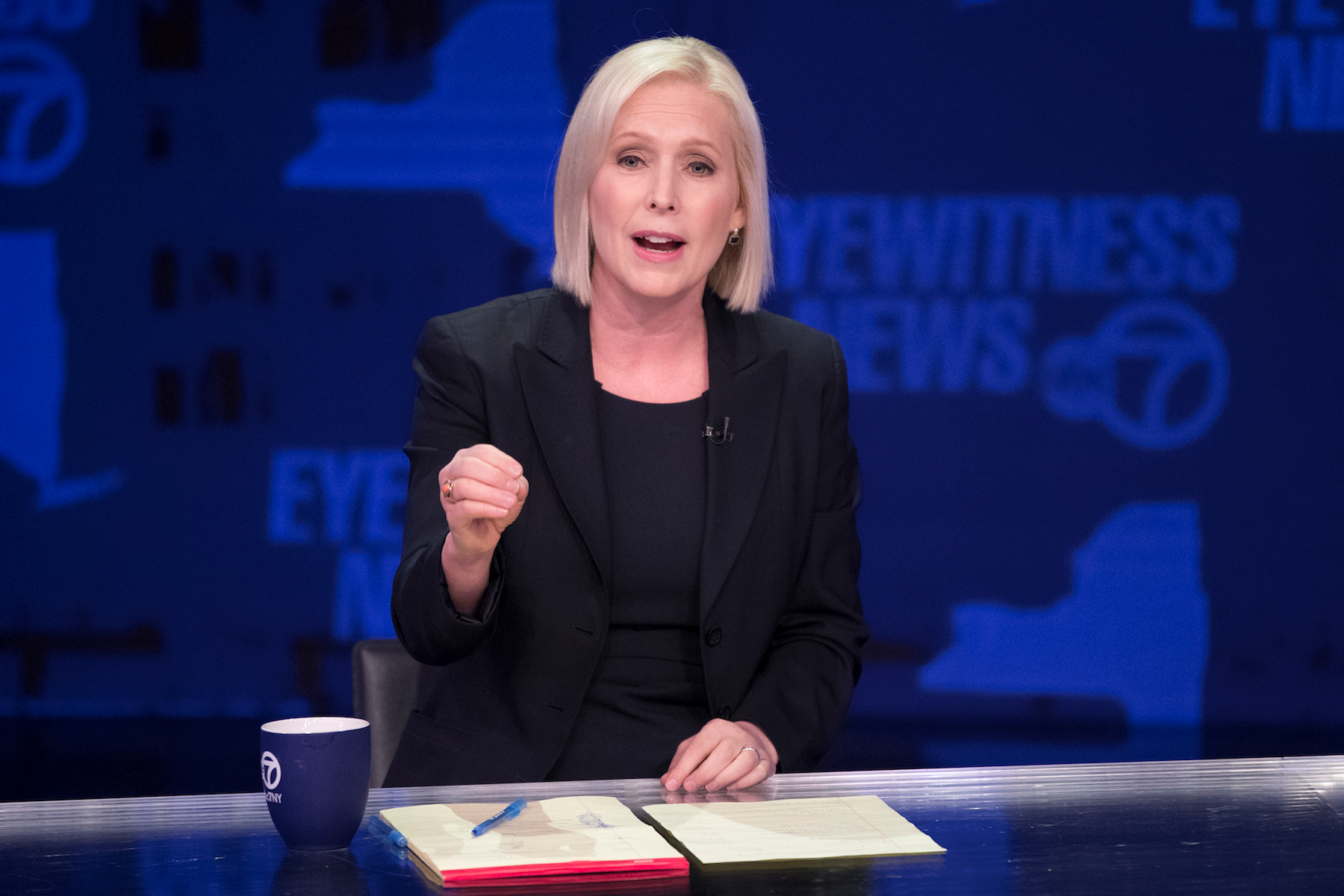 After initially denying plans to run, New York Sen. Kirsten Gillibrand said in November that she was considering a 2020 bid for president.

Is Sen. Kirsten Gillibrand going to run for president?

"What Pres. Trump has been putting into this country is so disturbing, so divisive, so dark. I believe that I've been called to fight as hard as I possibly can to restore that moral integrity, that moral decency. I'm thinking about it," she said on "The View" when asked about her 2020 plans.

Gillibrand easily won re-election to her Senate seat in 2018 with more than $10.6 million in campaign money left over that she could funnel toward a presidential bid. She is reportedly looking at basing a potential 2020 campaign in Troy, New York, a small upstate city on the banks of the Hudson River, according to multiple people familiar with the discussions. 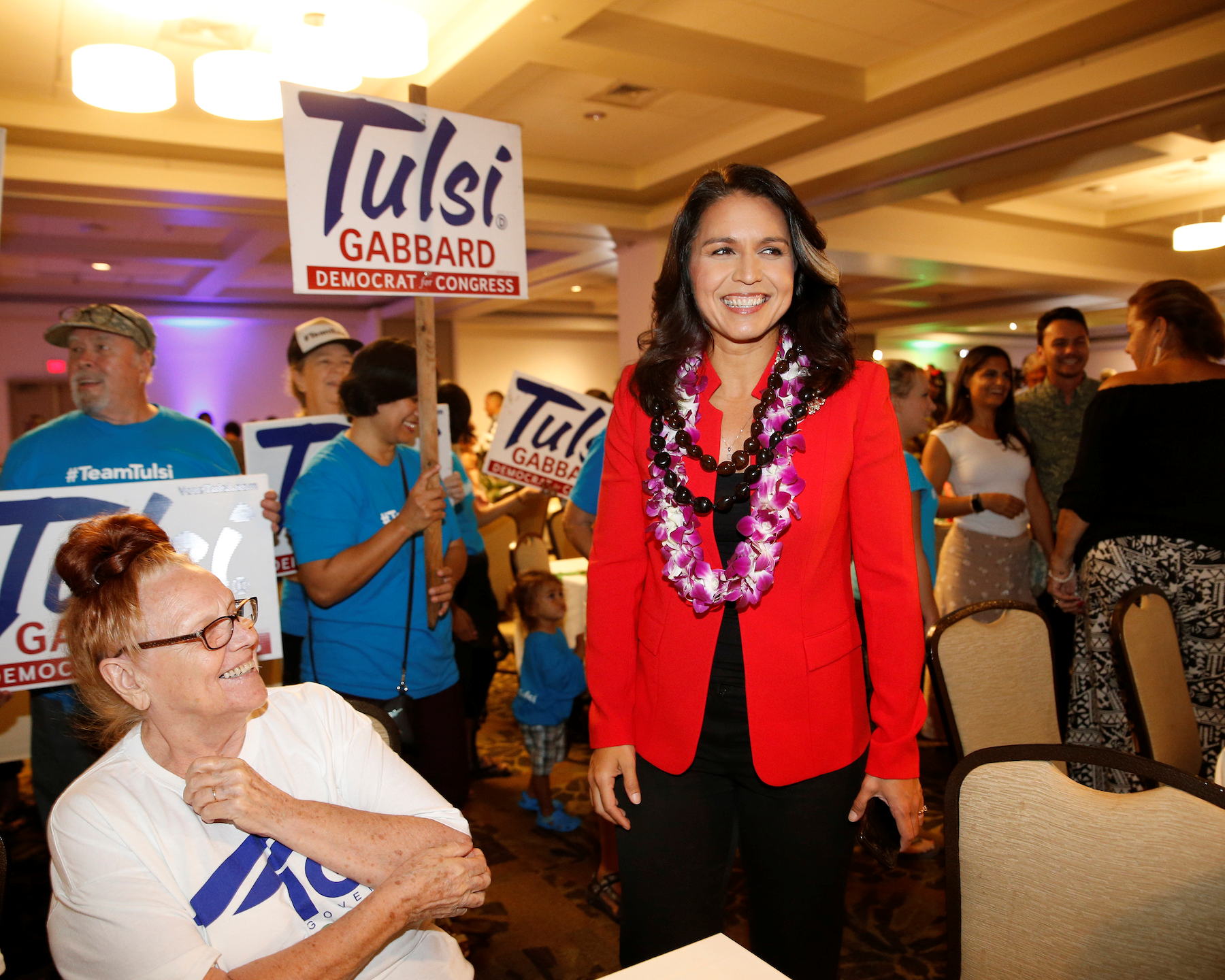 Whether Gabbard will mount a bid for the Democratic Party's nomination for president is something she said she's "thinking through very carefully." She has visited early primary and caucus states New Hampshire and Iowa in recent months and has written a memoir that's due to be published in May. 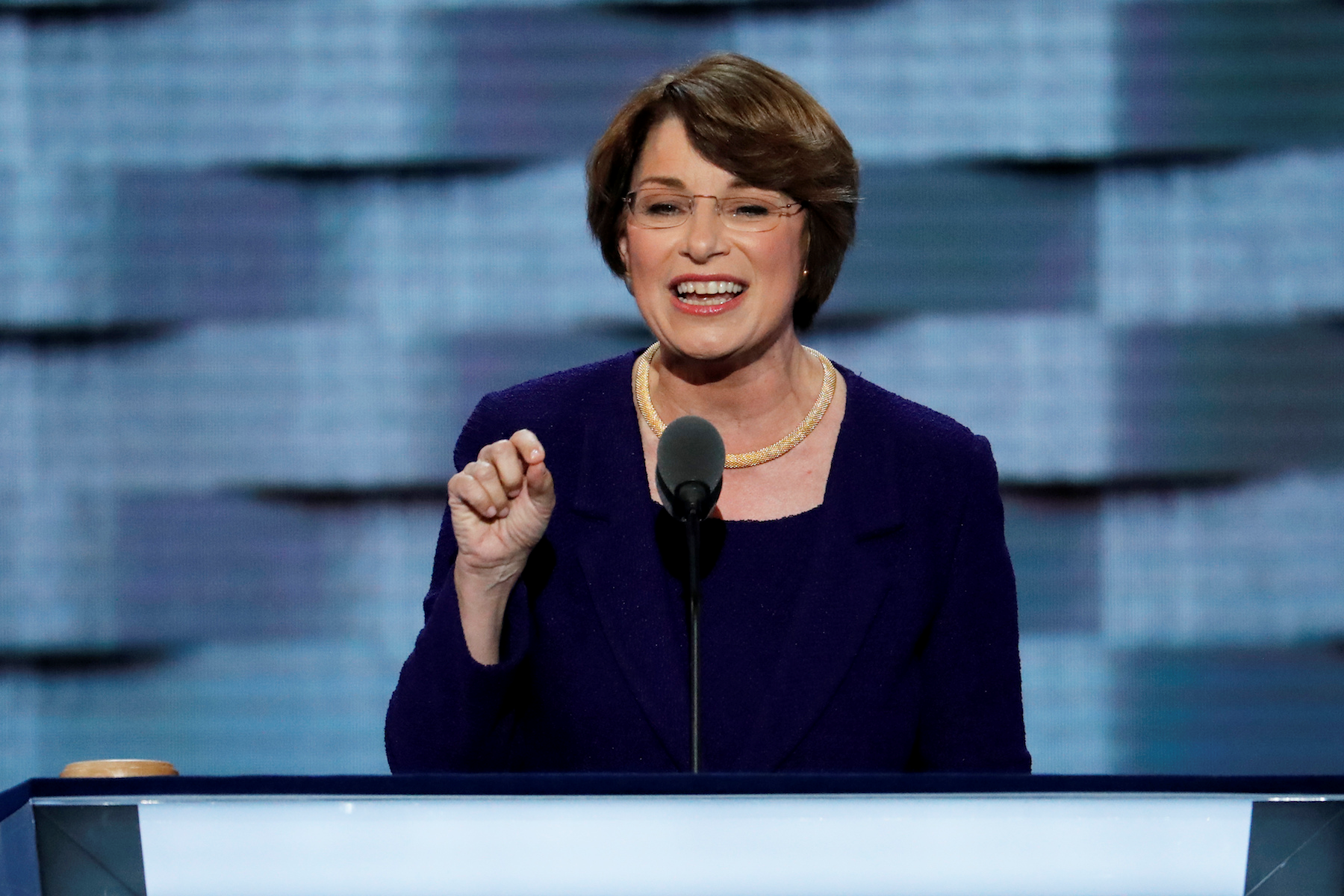 "I am just still thinking about this, talking to people. I'm sorry to say, I have no announcement for you on your show," Klobuchar, a senator from Minnesota, told ABC on Nov. 25, 2018. 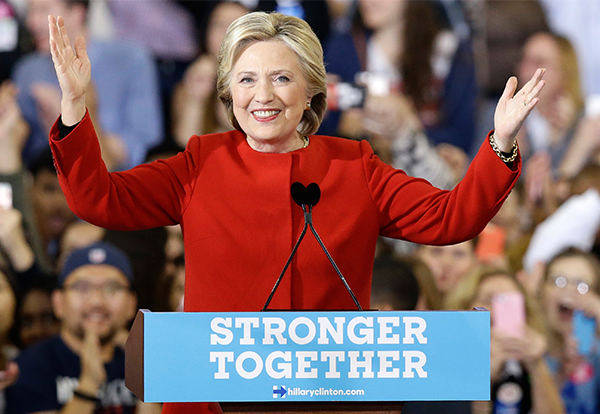 Could the 2008 and 2016 presidential hopeful launch another campaign? Back in October, Clinton said once again that she did not want to run again, though she added, "I'd like to be president."

She'd previously said she would not run again following her loss in 2016, though one of her former advisers predicted in a November Wall Street Journal op-ed that Clinton "will come full circle" and "fight this out until the last dog dies."

"She won't let a little thing like two stunning defeats stand in the way of her claim to the White House," Mark Penn wrote.